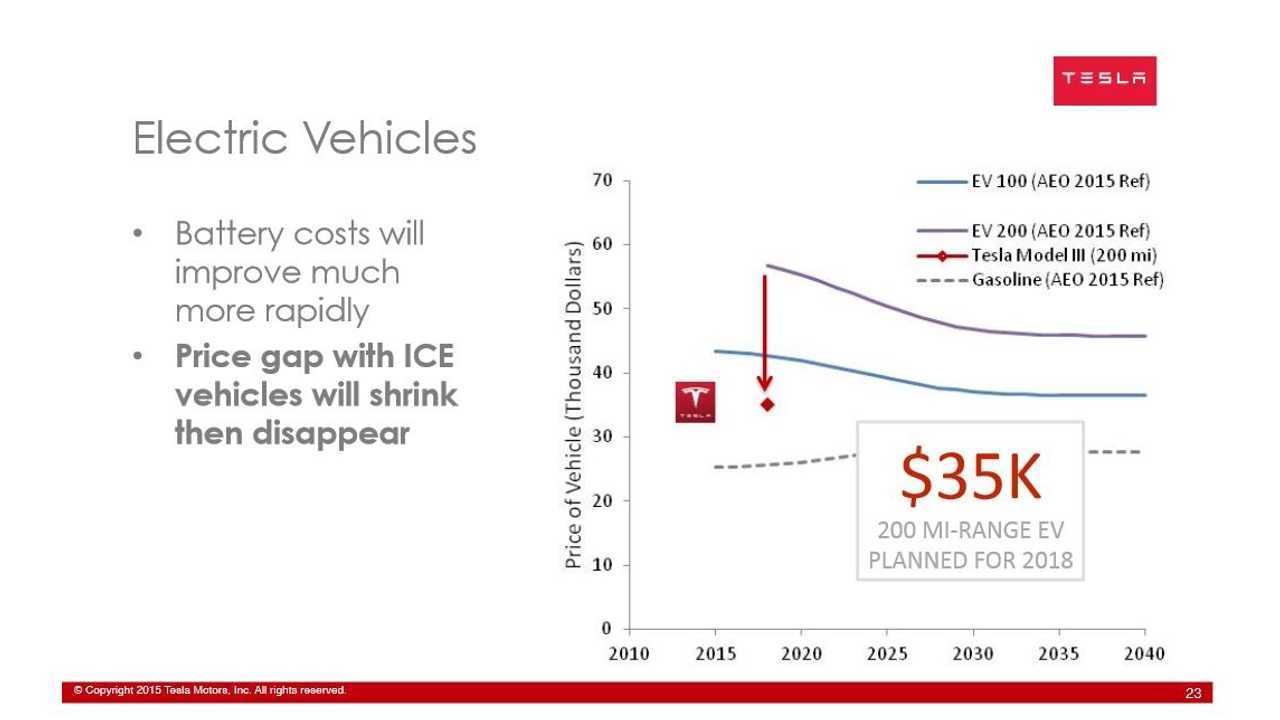 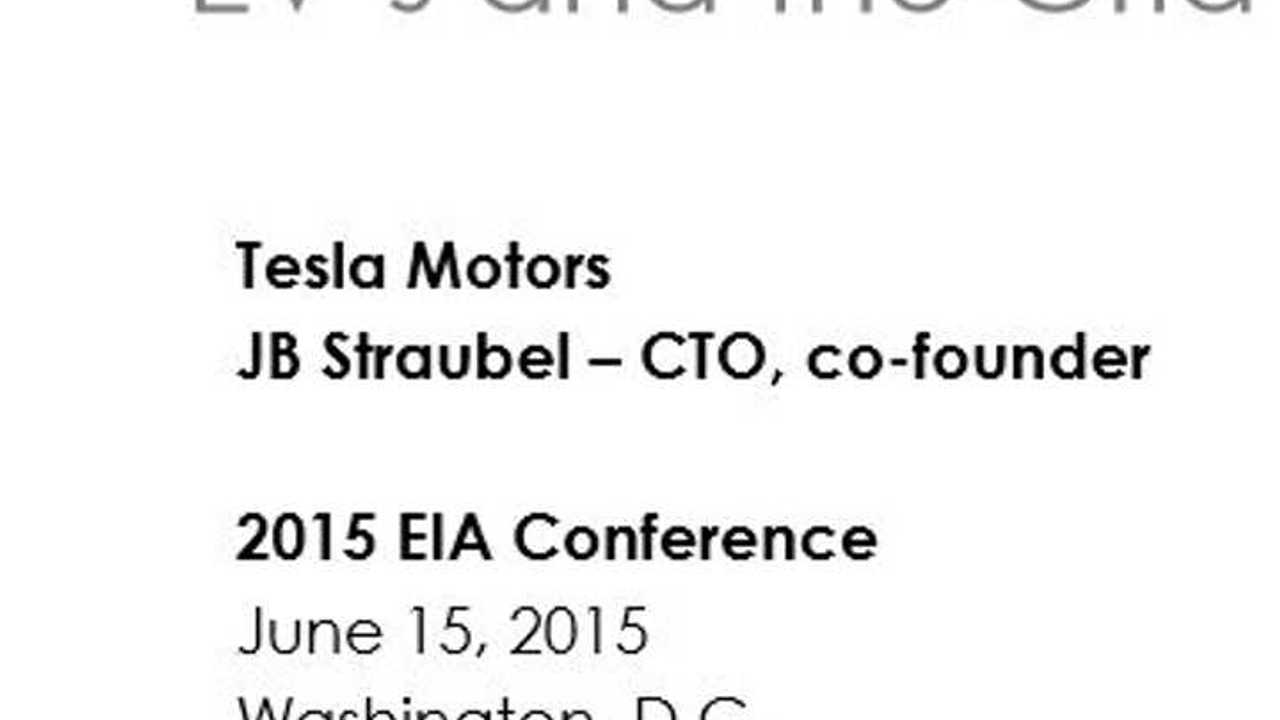 Via This Conference & The Slides Presented, We Discover That The Tesla Model 3 Has Been Delayed Until 2018

According to an official Tesla document, the upcoming $35,000 Tesla Model 3 has apparently been delayed.

Tesla had long promised that the 200-plus mile Model 3 would arrive at least in limited production in late 2017, but now (via an official Tesla Motors slide presentation released at the 2015 EIA Conference on June 15 in Washington, D.C.) we've learned that the Model 3 is now "planned for 2018."

JB Straubel, chief technical officer and co-founder of Tesla Motors, made the presentation in D.C.  The Model 3 delay is clearly detailed in the slide above.

Update:  We spoke to Tesla on the slide at some length - details below.

Recently, Tesla CEO Elon Musk went on record stating that Tesla is "hoping to show the Model 3 in March of next year,” which may still be true, but his comment that “late 2017 is probably more realistic” for the Model 3 now seems to be questionable.

It's no surprise to us that the Model 3 is perhaps being delayed, but to see the delay in print this far ahead of the Model 3's expected release is actually rather surprising to us.

The concern is, will those waiting for the Model 3 be willing to wait even longer for one of the most-anticipated electric cars of all time?  Or will those potential Model 3 buyers instead go for the upcoming Chevrolet Bolt, longer-range, next-generation Nissan LEAF or one of the several other electric cars expected to launch between now and 2018? 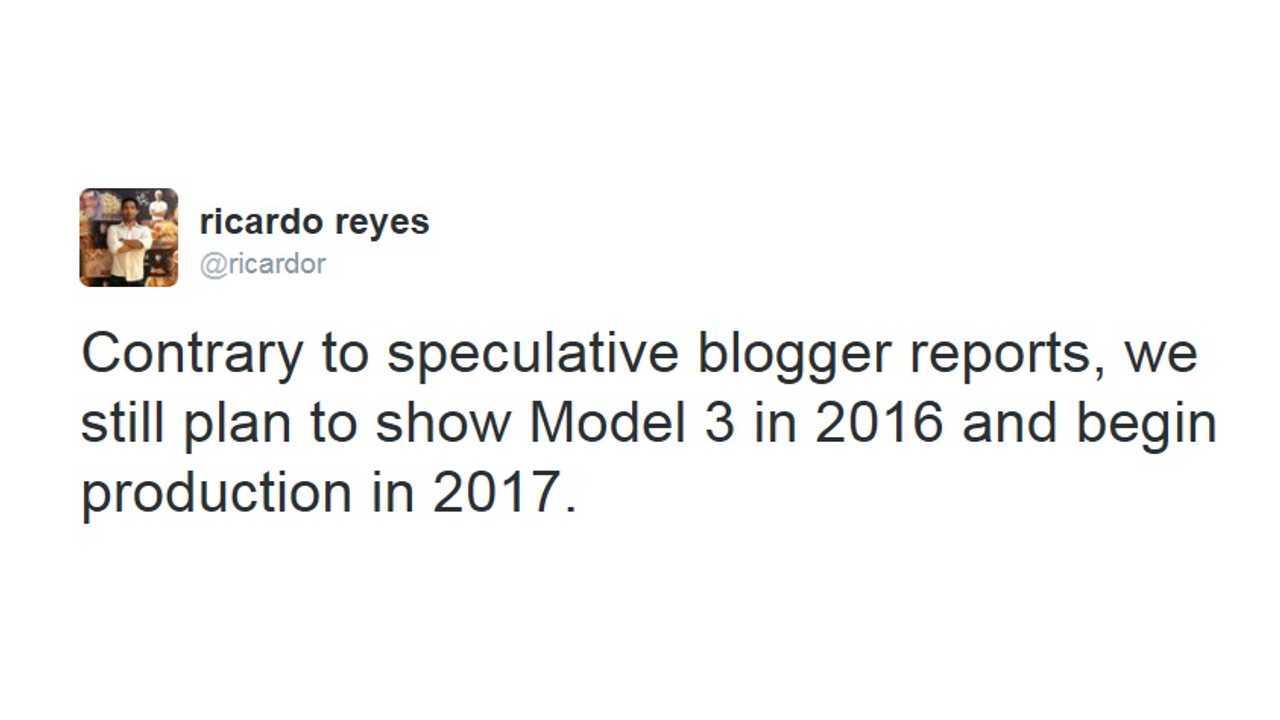 Update (June 22nd, 11:59 am): Ricardo Reyes, Tesla's Communication Chief has now tweeted an update saying the Model 3 will still "begin production in 2017".   Given how we only published and reflected on Tesla's own slide in this case, we aren't sure how we have given a "speculative blogger report", but we can understand how confusion can arise.

Update 2 (June 22nd, 1:45pm):  We spoke to a Tesla representative this afternoon and they re-iterated as well to us that the Model 3 is still "on track" for production in late 2017, and that the slide is meant to reference "full production" of the Model 3 in 2018.