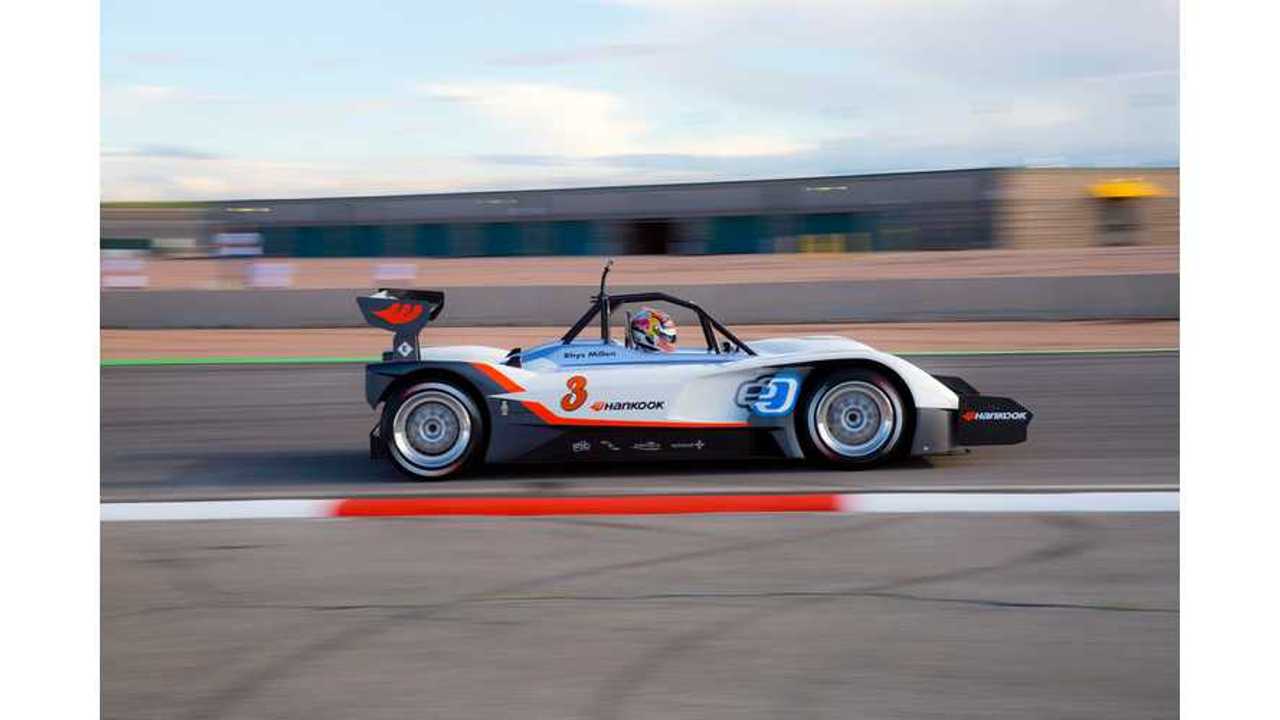 As there is no sign of a Mitsubishi entry in the 2015 Pikes Peak International Hill Climb, Drive eO's eO PP03 will probably be the main competitor for the Tajima Rimac E-Runner Concept_One.

Both cars have similar power of ~ 1 MW, but we won't know which one is faster until June 28 when the race is complete.

The driver is Rhys Millen, former winner and record holder.

"The Latvian based engineering company specialised in the design and manufacture of electric and hybrid electric prototype vehicles, has built an extensive track record in electric racing. They were the first to enter and complete the demanding Dakar Rally with a hybrid electric vehicle and created two all-electric race cars to compete in the Pikes Peak International Hill Climb. The eO PP03 is a result of ongoing development in an attempt to push the boundaries of technology.

The 1020 kW strong all-wheel drive vehicle is propelled by six YASA-400 motors with in-house developed eO controllers. The 50 kWh lithium-ion battery pack, 2160 Nm (1593 lb-ft) of peak torque, a top speed of 260 km/h and a kerb weight of just 1150 kg are some other stunning specifications. The race car went through an extensive test programme recently to tweak the electric drive train to perfection.

The eO PP03 will be in the hands of Rhys Millen. Born in New Zealand, moved to the United States of America as a teenager, the 42-year-old is an experienced race car driver in rally, drift series and hill climbs. After setting multiple records, class wins and even the overall victory in 2012, Millen is more than ready to tackle the 156 turns to the 4,301 metre (14,110) the summit of the Pikes Peak mountain in Colorado Springs."

“Drive eO brings the future into the present with the most capable vehicle ever to grace Pikes Peak that has the opportunity to win overall.”

“We are very proud to unveil the vehicle after an exciting process of designing, assembling and testing. We targeted the weight of the car to be 1200 kg but it has actually come to just 1150 kg, which is a testament to our philosophy and attention to detail during the vehicle’s development. We found a good base set-up in recent tests and we are very excited about the serious competition this year. It will be an epic ‘EV showdown’ with great drivers and we look forward to the challenge!"