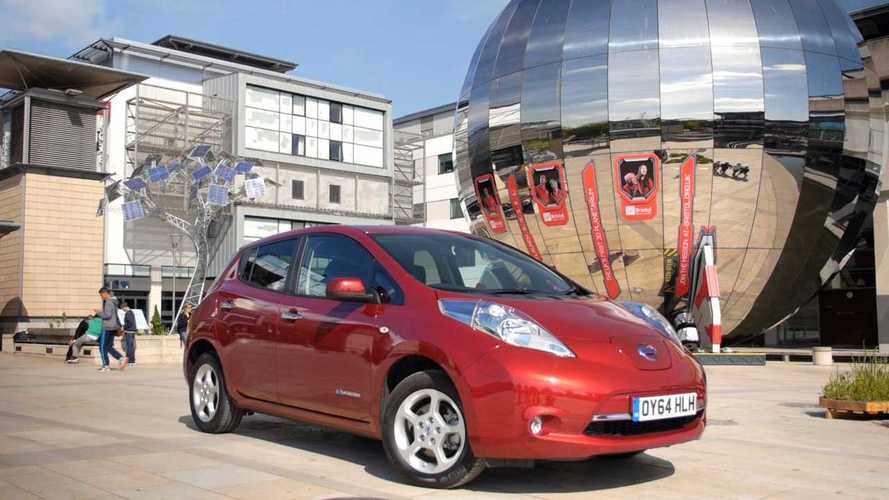 Nissan announced that thanks to its LEAF electric cars, it eliminated the release of 50 million kg of CO2 emissions in Europe.

"As Nissan unveils its Global Green Program 2016, the company highlights the crucial role of electric vehicles in emissions reduction and protecting the cities environment and life quality. Following the data collected by the car manufacturer they showed that the 41,100 pure electric Nissan LEAFs driven in Europe have already prevented the emission of just under 50 million kg of CO2 into the atmosphere*.

Based on current growth figures, it is estimated that by 2050 there will be 2.5 billion vehicles in the world, far outstripping today's 1 billion. So with CO2 emissions that are currently estimated at 600 million tons worldwide, transport will have an increasingly prominent role in shaping cities."

"* Total figures based on Nissan's Global Data Center (GDC) to 31/0515/2015 (UTC). The distance and the amount of CO2 are only collected from those Nissan LEAF registered in the CarWings system, which account for approximately 52% of total global sales (average projection)."

Nissan thinks that one car could offset more than 2,000 kg of CO2 per year, but that all depends on mileage and energy source.

"Figures from the Institute for Energy Diversification and Saving (IDAE) suggest that putting 1,000 electric vehicles on a city's streets would reduce greenhouse gas emissions by more than 30,000 kg and CO2 emissions by over 2,000 tons per year. Furthermore, it would also significantly reduce noise pollution levels as the Nissan's zero-emission vehicles, the LEAF and the e-NV200, makes less noise than a 26-decibel ceiling fan."

"With our Global Green Program, Nissan is leading by example. In the last fiscal year, we proposed solutions to reduce CO2 emissions by 50,000 tons. It really is possible to put in place efficient and sustainable mobility models which prevent pollutant emissions, protect the environment and also meet the individual, collective and business transport needs of today's society."

"As a result, Europe's best-selling pure-electric vehicle, the Nissan LEAF and the e-NV200, our zero-emissions van which can be used by a wide range of businesses, offers a fantastic option for people across Europe"

There is also video on the topic:

To celebrate Bristol, Europe's Green Capital 2015, Nissan took a tour of the city recently in a Nissan LEAF, highlighting the city's green credentials and how vehicles like the Nissan LEAF can make a huge contribution to ‘green-ing' cities across Europe. The video of the tour can be seen here."