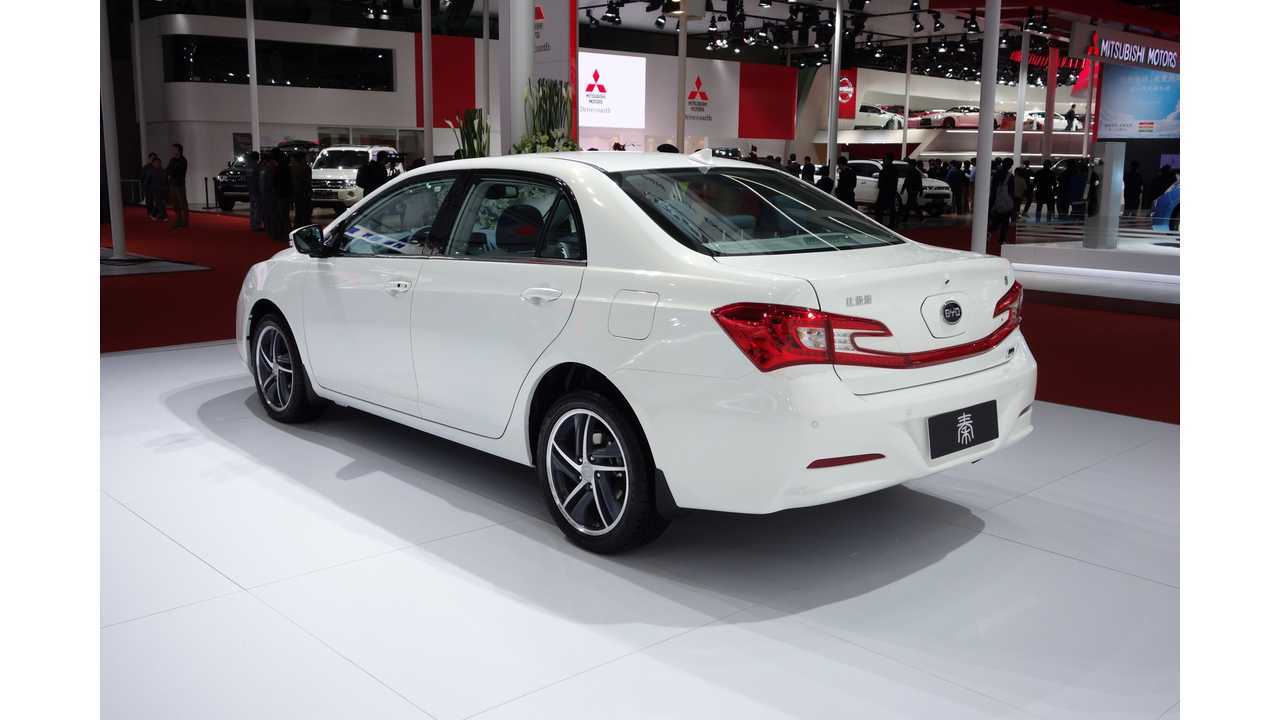 WantChinaTimes reports that in China there are some complaints being filed in relation to the electric car battery in the BYD Qin plug-in hybrid.

We are not sure if the complaints are battery life (like the article title  suggest- "BYD gets complaints about electric car battery life") or the actual range in general on the 13 kWh LiFePO4 battery.

Furthermore, there are only a few complaints - 10 in approximately in the past year, while total Qin sales have already exceed 27,000 in China (through the end of May).

"Ten out of the 25 complaints against BYD filed by owners between June 24, 2014 and June 6, 2015 were about its electric vehicle batteries, with major problems stemming from the real driving range of its electric cars being less than the company originally claimed and an insufficient remaining charge in the storage batteries."

This could be just small group of customers who expected more range, or a tiny portion of cars with defects. We just don't know, but hope to have more information specific to the complaints soon.