BYD Strikes In China With More Than 10,000 Plug-In Electric Car Sales In December 2015 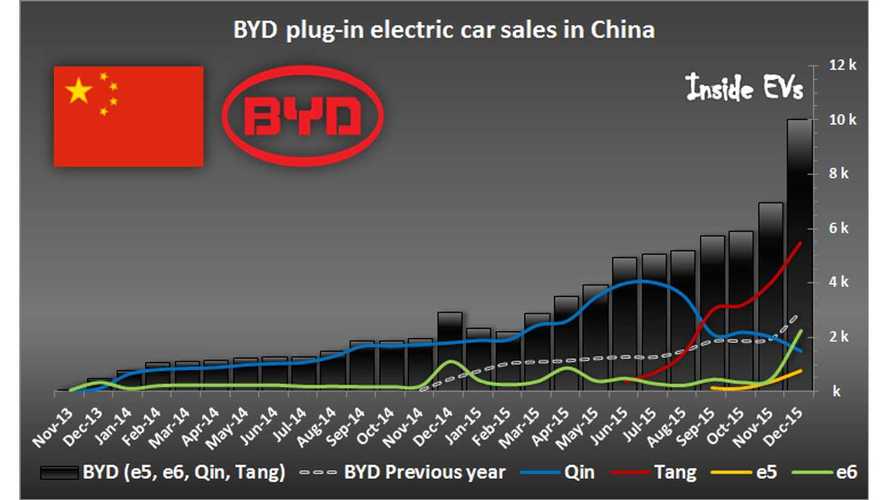 After nearly 7,000 plug-in electric car sales in November, BYD set in China another bold record of over 10,000 sales in December!

To be accurate, 10,053 sales of four models were noted, which is well over three times more than one year ago (2,947) when only two models were available.

This Spring, BYD's offering will be reinforced by the Song plug-in hybrid (currently there is only the conventional version on the market).

We can't forget that the BYD-Daimler JV Denza is growing in strength too with 872 sales last month.

Even though BYD fell just a bit short of its target, it still racked up enough sales to be #1 in China.

In 2016, BYD should exceed 100,000 plug-in car sales in China and possibly at some point in the future BYD will try to expand in volume by selling in other countries.