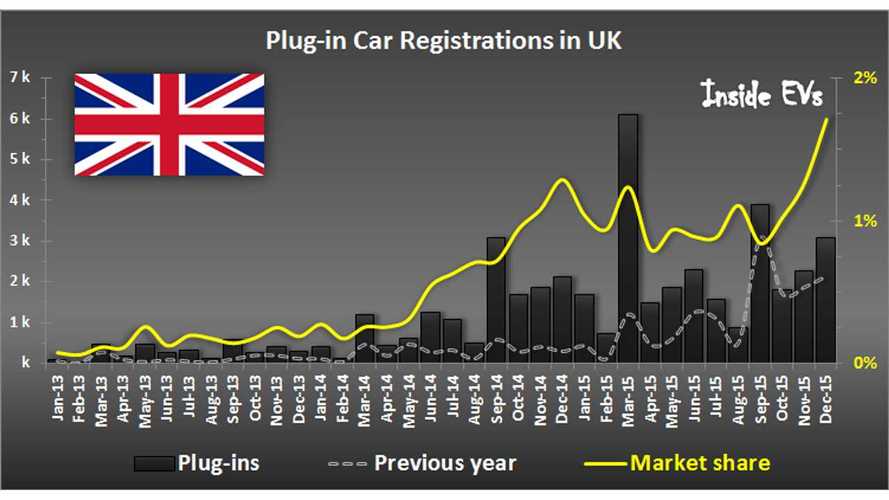 In December, plug-ins accounted for a little over 1.7% of all registrations!

The number of registrations isn't a new high, which typically occurs in March or September in the UK, but about 3,090 plug-in cars sold in December is still one of the highest (up 44% year-over-year) results for the year.

Interesting is that this time we didn't observe the plug-in hybrid rush - December was very balanced with 1,517 BEVs and 1,573 PHEV.

According to official SMMT data, after including hybrids, the market share of AFV increased to 2.8% for the year:

"Alternatively fuelled vehicle (AFV) demand, meanwhile, grew 40.3%, securing the biggest ever market share of 2.8% for a year. Plug-in hybrids experienced phenomenal growth, with volumes more than doubling, while pure electric vehicles saw an uplift of around 50%."