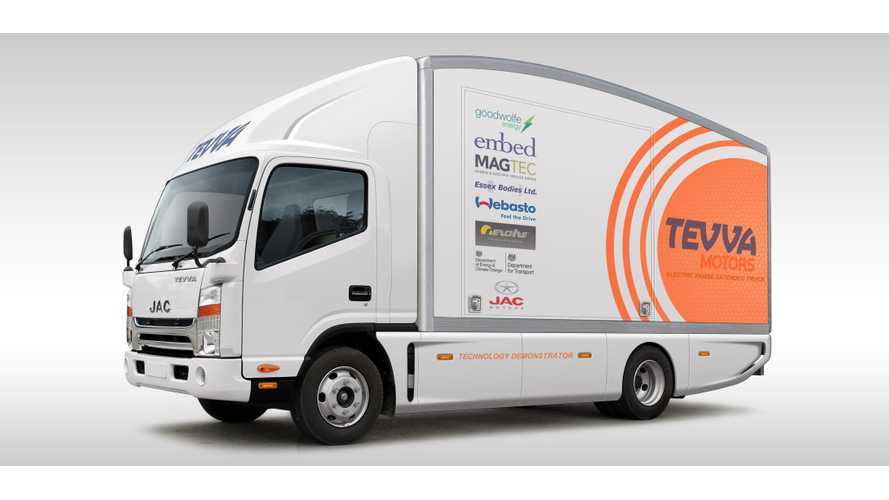 Tevva Motors is a new company that hopes to commercialize electric trucks in the UK.

Unlike previous contenders, such as Modec or Smith Electric Vehicles, Tevva bets on range-extended trucks, which operate mostly in electric mode, but are not limited in range because they have a diesel backup.

There is also no hurdle with charging, as all you need is a 3-phase high power industrial outlet for three hours charging using the on-board charger.

The 7.5 ton truck (with probably some 2 ton payload rating) itself is Chinese made by JAC, but it seems Tevva is ready to convert other models.

Battery pack is good for about 80 miles (130 km) before the diesel engine fires-up.

We will try to track Tevva in future to see whether REx trucks will succeed better than the all-electric trucks we heard much about a few years ago.