BMW i3 Road Trip From London To Amsterdam - Video 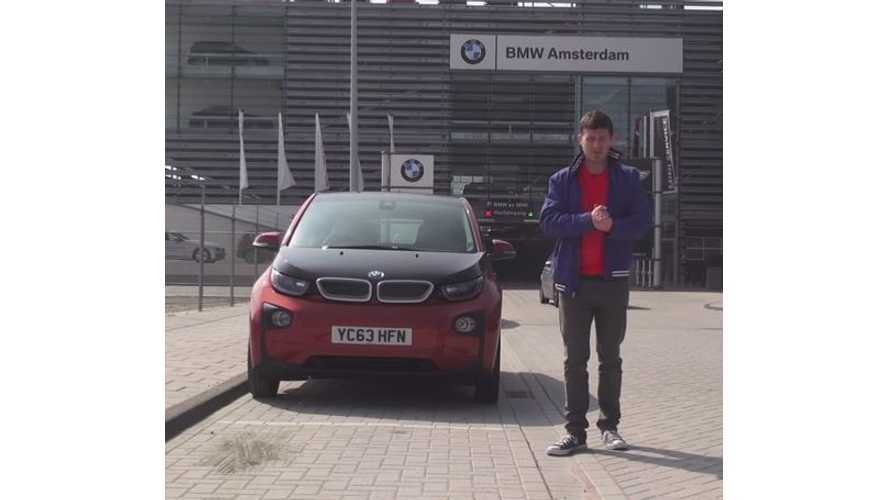 Can you really cross vast stretches of land in an electric car? Will the infrastructure help achieve that goal? AutoExpress UK embarks on an epic road trip aboard the BMW i3 from London to Amsterdam.

To have enough chances to succeed, the British journalists chose the BMW i3 REx as the transportation choice which on paper, in perfect conditions, should allow for around 150 miles of driving range. AC off, of course.

The entertaining video has its funny moments also, like the card for charging the car not working. But thanks to the Range Extender feature, a couple of gallons of gasoline will let you continue the trip.

BMW makes two variants of the i3 and the two cars look nearly identical from the outside and takes a trained eye to spot the differences. Just as the total ranges of the two models vary, the technical differences of the REx and the i3 BEV are rather dramatic. The i3 BEV can about 80 miles on a single charge, where as the i3 REx can travel about 150 miles on a full charge and full tank of premium gas. Price wise, the i3 Range Extender is around $5,000 more expensive than the “regular” i3.

As one would assume for toting a generator around permanently, the i3 REx weighs more at 3064 lbs compared to just 2799 lbs for the i3 BEV. 0-60 time for the i3 Rex is slower at 7.9 seconds vs 7.2 for the i3 BEV, purely because cause of the extra weight.

Last year, our friend Tom Moloughney did a 462 mile trip from New Jersey to Vermont.