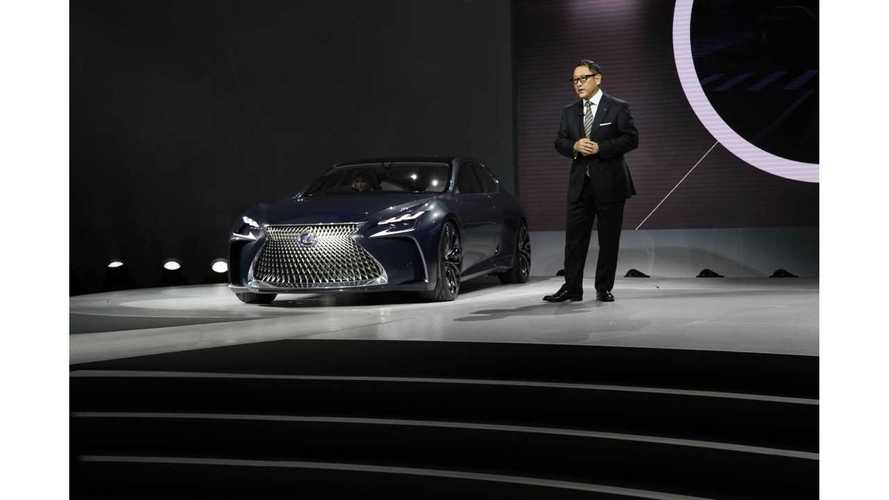 If you liked the look of Lexus LF-FC Flagship Concept from the Tokyo Motor Show, then the 2016 NAIAS brings us the opportunity to see the car in the U.S.

This is likely the only opportunity though, as the all-wheel-drive, hydrogen fuel cell, majestic flagship will not go into production.  However, according to Akio Toyoda, Lexus will indeed introduce a FCV... sometime around 2020.

For now though, the design style will be implemented in the production petrol model - the LC 500.

Lexus LF-FC is equipped with two in-wheel motors in the front and a single motor for the rear axle.