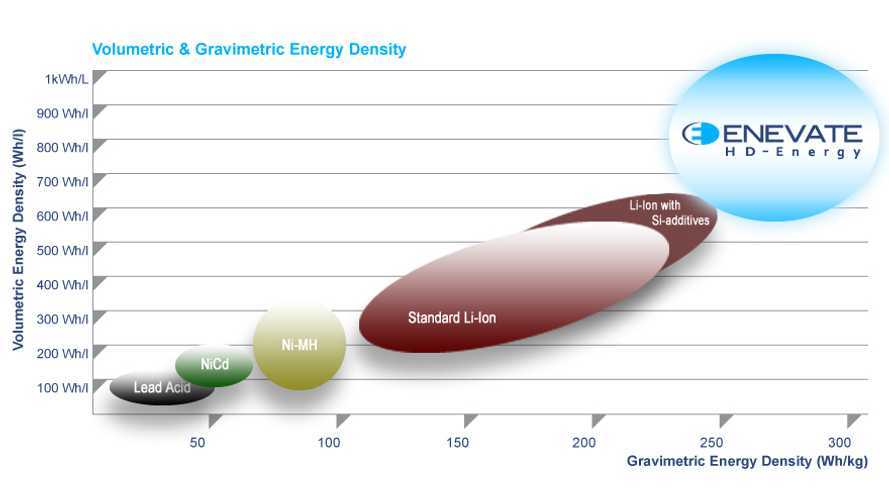 "Enevate Corporation, a technology leader in Lithium-ion (Li-ion) batteries, announces they have secured $30M in extended Series-B funding. The funding was led by Mike Lazaridis at Infinite Potential Technologies, Tsing Capital and Mission Ventures with participation by Presidio Ventures – a Sumitomo Corporation company."

volumetric energy density up to and exceeding 1000 Wh/L

“Enevate is the first to have cracked the code on truly using silicon in a production battery. They are changing the conventional rules of the industry on Li-ion battery performance.”

“This new funding allows Enevate to bring our technology and products developed for our first strategic investors and customers into high volume mass production. It also enables us to expand into new and exciting applications such as drones where high energy density is immensely valuable to extend flight times.”