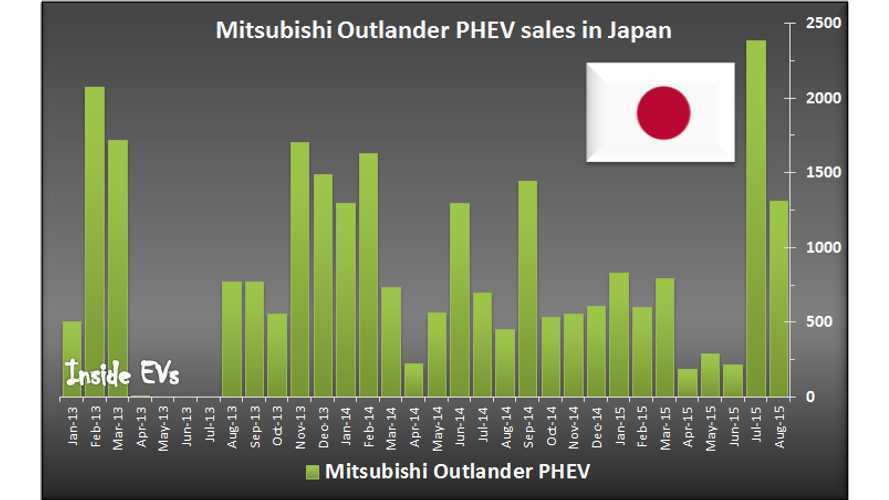 Mitsubishi Outlander PHEV sales are still growing strong in Japan (+187% year-over-year), in the second month of availability of the refreshed 2016 model, although its overall result weakened from nearly 2,400 to 1,313.

After eight months of 2015, Outlander PHEV sales stand at 6,918 (-4% over the first eight-months in 2014), but there shouldn't be any problems in increasing sales over last year with 4 months remaining this year.

Only the new 2016 version could save Nissan from achieving its worst  annual LEAF sales result in history in Japan, unfortunately it seems the model will arrive very late in this calendar year.

We should not that when it does arrive, the Japanese-spec 2016 LEAF receives some features not found in the US and European versions:  new two-tone colors (w/black roof), forward emergency braking, and a lane departure warning system