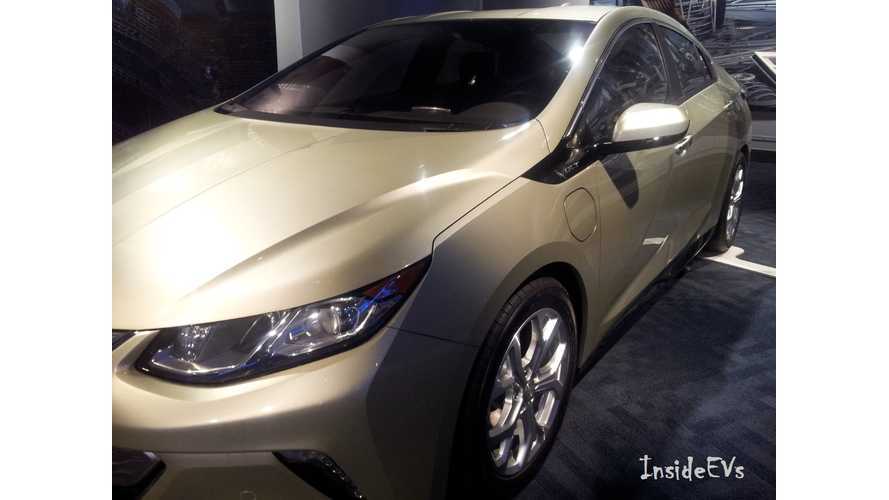 Heading into September, we had expected the imminent arrival of the next generation, 2016 Chevrolet Volt to help kick start what would be a very strong end of the year selling season.

And despite the first 2016 car being added to Volt stats (via its owner, and GM marketing director Cristi Landy) during the month, no actual cars were delivered despite hundreds (thousands?) being produced.

Getting back to those 2016 Volts; rather than new cars making their way to customers and dealers,  completed Volts piled up in a protracted quality control hold - with some very early California orders actually getting re-assigned/rebuilt.

However, we can report that all that is behind us, and 2016 Volts are now in fact leaving 'quality assurance' and are weaving their way to California (and possibly the 10 other states eligible to receive the 2016 model), while production of the extended range car at GM's Hamtramck facility appears to now be in full swing.

We also heard news from GM's 2016 new model launch that the 2016 Volt will be getting a couple new ad spots focusing on the car's abilities over that of other top selling/green-favorites, the Toyota Prius and Nissan LEAF.

Also of interest in regards to plug-ins at GM this month:

Video Below - Some quick interview snippets from the execs across GM's HQ on the 2016 Chevrolet Volt this month:
++Share