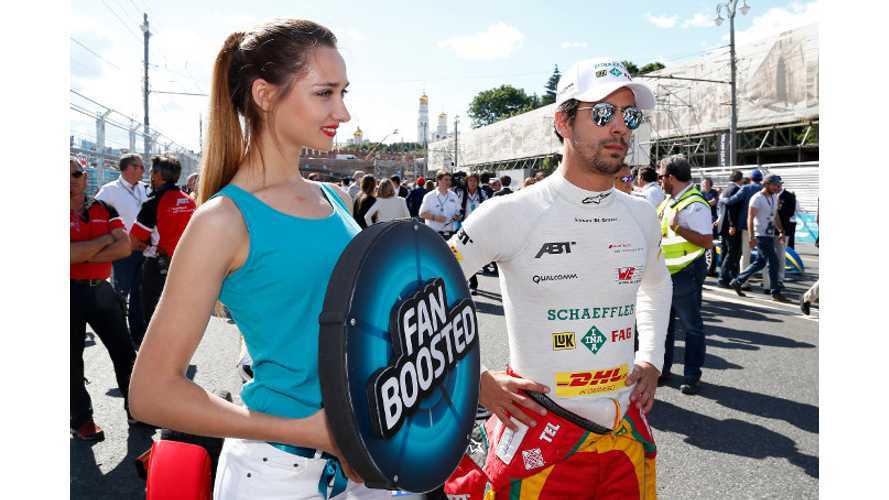 Around one month ahead of the first race of the second season of Formula E, organizers are introducing in-race voting for FanBoost instead of the pre-race voting in season one.

It's another feature turning Formula E into a new generation of racing.

During races, power of every car is limited to 170 kW. Three teams with the largest number of votes (collected by various social media or Formula E website/app) will be able to use more power fora  short period of time. Votes will be collected from 12 days before the race to the first 6 minutes of the race.

Those 6 minutes don't seem like much, especially after 12 days of voting, but maybe it will evolve every season to be only an in-race voting system some day.

"Formula E fans will have the chance to boost their favourite driver during the races this season following changes confirmed to this unique socially interactive concept.

Starting at the Beijing ePrix on October 24, voting for FanBoost will remain open during the opening six minutes of the race.

As well as being able to vote during the race, fans will also find it much easier to have their say as changes to the voting system will make it possible to vote using a hashtag on Facebook, Twitter and Instagram. This has been achieved through a partnership with Telescope, the global leader in real-time fan engagement.

Voting will be possible through the official Formula E website and app and fans will be able to vote once a day through each of the available channels. As was the case during season one, FanBoost voting will open 12 days before the race takes place, which means that voting will open for the Beijing ePrix on Monday, October 12.

As a result of these changes FanBoost will only be available on the car that the drivers get into following their mid-race car swap.

Unlike last year FanBoost will provide an extra 100kJ of energy to be used in a power window between 180kW and 200kW.

This presents the three winning teams and drivers with a strategic call to make. Do they raise the power for a short boost or run at a slightly lower power for a prolonged period? As before, FanBoost can only be used once, rather than in a series of short bursts."

"FanBoost is a uniquely fan engaging element of our series and by being able to vote during the race the level of engagement will increase significantly, creating a real-time relationship between drivers, teams and fans. We are delighted to partner with Telescope, who have a proven track record in this field, and with their expertise we will evolve the FanBoost concept to become a standard bearer for fan interactivity in sport."

"Today's hyper-connected fans are constantly looking for ways to get ever-closer to their favourite sports. We are proud to partner with Formula E to do just that – granting fans the capability to have a meaningful and exciting impact during a live race. These live mechanics have the power to change the face of sports as we know it – turning audiences from passive onlookers to active participants."