6.4% Market Share For PHEVs In The Netherlands In May 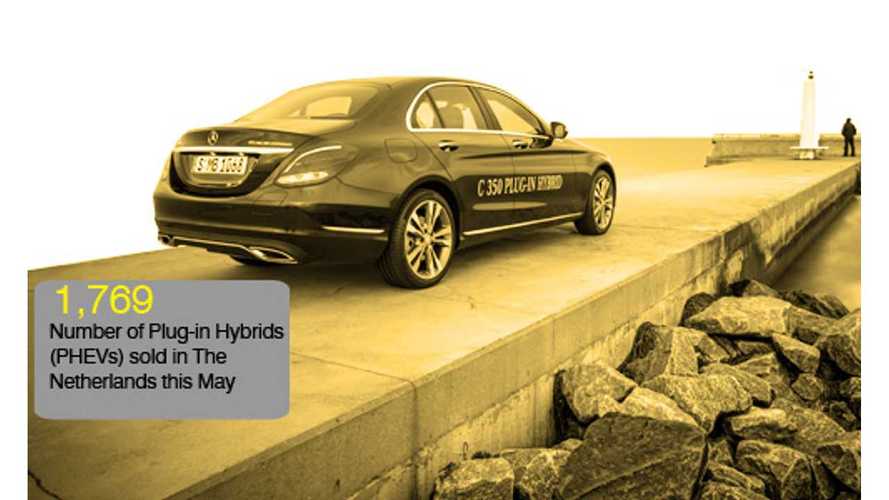 According to Automotive Industry Data, last month in the Netherlands, new registrations of plug-in hybrids amounted to 1,769 or 6.4% of the total market.

That's a lot, and our best source of open EV sales stats (EV Sales Blog) is indicating almost 2,000 registrations in May if we include pure electric cars.

"In Europes largely bleak looking PHEV (Plug-in Hybrid) landscape, latest signs are that the Netherlands is showing some promise of becoming a regional hot spot for PHEVs, thus emulating to an extent the closely watched role now played by Norway as the unquestioned King player in the global market for pure electric cars

Unlike the spectacular ongoing electric car inroads in Norway, latest progress from PHEVs in the Netherlands may still be a great deal more down to earth.

Nevertheless, judged purely from the latest pick-up in demand, fuelled in large measure by the comparatively recent arrival of such cars from autoindustry heavyweights like Volkswagen, Audi and Mercedes for instance, the PHEV take-up seen in May turned out a great deal better than could have been expected."

Noteworthy is that Volkswagen Golf GTE is now the best selling plug-in car in the Netherlands, relegating to second place the Mitsubishi Outlander PHEV.

"After losing for the Outlander PHEV the Monthly Best Seller Trophy in the two previous months, the Golf GTE (496 sales last month) returned to the Highest Place in the Podium, but beyond these two established players, there is a new player in the top positions: The Mercedes C350e took full advantage from the peculiar incentives in this market and ended in #4 right in its second month of sales, should the teutonic brand produce these cars according to the demand levels, and the Golf GTE and Outlander PHEV will have a serious contender to wage.

A deserved mention for the 70 units of the Ford C-Max Energi, reaching #7 in the monthly ranking, the same position it has got last month in its domestic market."