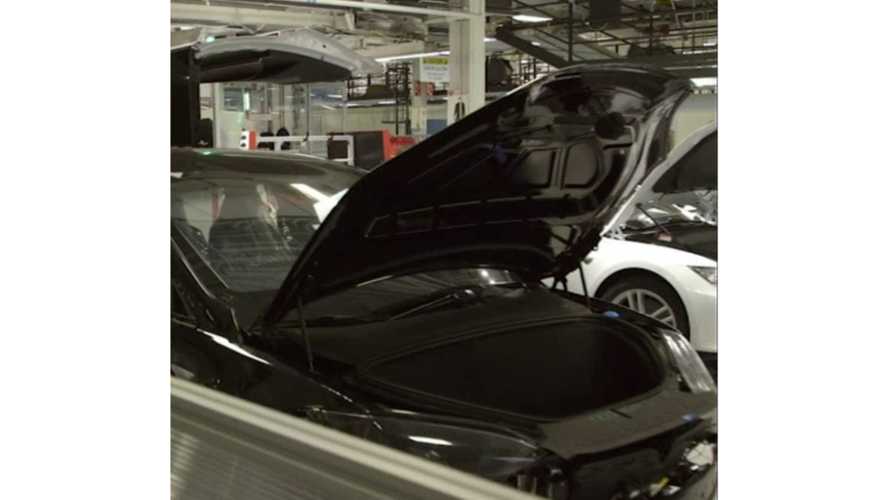 A couple of images of the Tesla Model X at the automaker's Fremont factory have emerged via a video interview.

Of particular interest is the visible frunk, which appears to be slightly larger (both a bit wider and deeper) than the frunk of the Model S.

Images via this video interview with Elon Musk. Tesla CEO appears starting at the 26-minute mark.