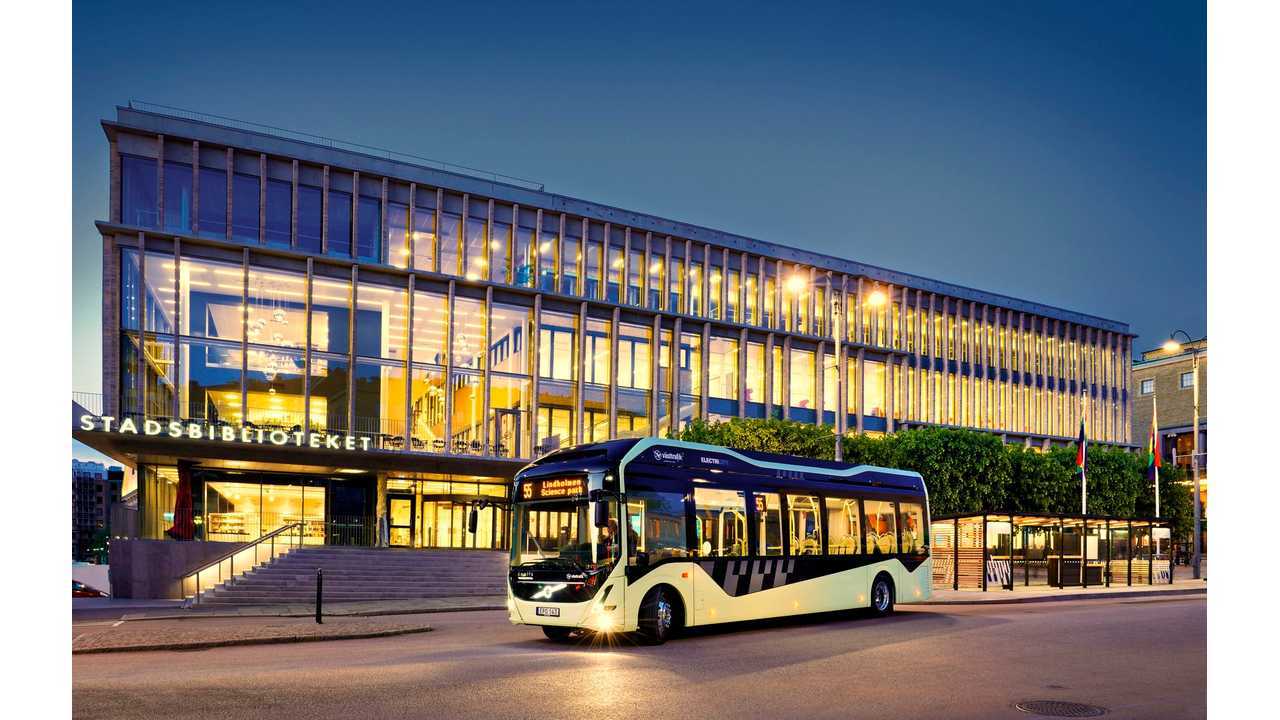 Plug-in hybrids already were present for some time, but all-electric buses were introduced by Volvo for the very first time.

Interesting is that one of the fast charging stops is in some kind of garage (indoor terminal).

"The buses are silent and emission-free and run on electricity from wind power and hydropower. The bus route is among the most modern in the world. Among other things, passengers can recharge their phones onboard and enter and exit the bus from indoors.

Buses powered completely by renewable energy will now be part of{0} Gothenburg’s public transport system. Bus route 55 has three completely electrically driven buses and seven electric hybrid buses, all of them from Volvo Buses. The buses on the route, which runs from Chalmers Johanneberg to Chalmers Lindholmen, through the center of Gothenburg, are equipped with onboard wi-fi and phone charging facilities.

The buses run on batteries that are quickly recharged with renewable electricity at the terminal stops. The Chalmers Lindholmen stop has an indoor terminal, which is made possible by the fact that the buses are silent and emission-free."

“The Volvo Group aims to be the world leader in sustainable transport solutions. A unique collaboration in Gothenburg enables us to launch the electric bus route here and remain a leader in the development of future public transport."

“ElectriCity and route 55 are concrete proof of how Gothenburg is being developed into a denser, more sustainable and open city with attractive public spaces and a rich urban life. The project also demonstrates our ambition and strategy to attract expertise and investment that help reduce environmental impact and develop collaboration between authorities, industry and academia,”.