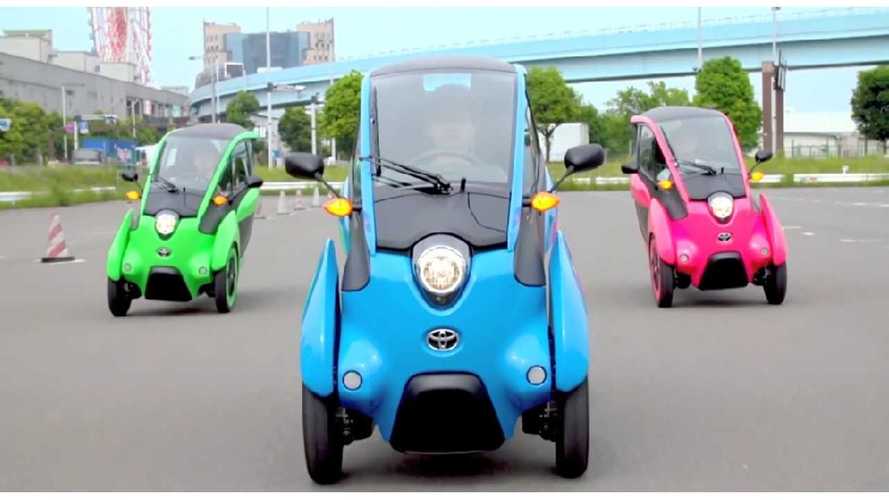 Toyota officially states that "No specific plans have been announced for U.S. i-Road demonstration programs or sales." But the automaker seems open to the idea of eventually launching the i-Road in the U.S.  According to Toyota:

"...if focus group members have anything to say about it, you may see i-Roads on a road near you in the future."

So, there's at least a chance we'll see the i-Road available to the public in the U.S. at some point in the future.

Toyota took the i-Road to Texas to test it out with focus groups.  Here's the press release from that i-Rodeo i-Road event:

“As we look for ways to ease congestion in major hubs like the Dallas-Fort Worth Metroplex, we are exploring how these types of electric vehicles may fit into the transportation landscape,” said Jim Lentz, chief executive officer, Toyota North America. “We’re excited to show Texans where these advanced technologies could take us.”

Similar focus groups were held in Silicon Valley, California in February 2015 with positive feedback from participants. One driver presented a credit card for an immediate i-Road purchase. Unfortunately, that driver may have to wait a bit longer.

i-Road demonstration programs are already underway in France and Japan, testing usage and acceptance in urban markets. In Grenoble, France and Toyota City, Japan, demonstration units are placed in car sharing applications, while i-Roads in Tokyo, Japan will be loaned to individual drivers starting next month. COMS electric vehicles are currently on sale in Japan.

No specific plans have been announced for U.S. i-Road demonstration programs or sales. But if focus group members have anything to say about it, you may see i-Roads on a road near you in the future.