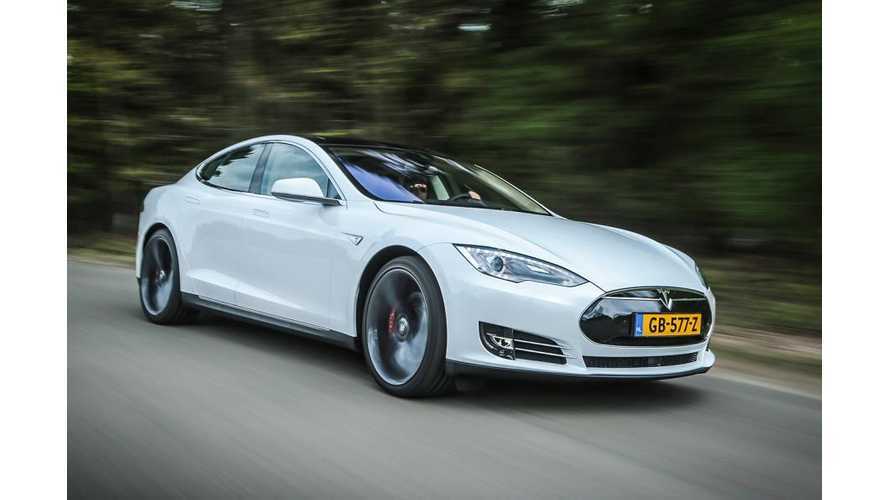 cash anxiety probably will take off the burden of choice between the two for most of us, but it's sweet to see an electric car compared to a well established brand's luxury car. Quite an achievement.

“This is a car for independent thinkers. For those with the unquenchable desire to take the wheel and change the world, there is no more accomplished combination of performance, luxury and style.”

You could literally buy three Tesla or two and a private Supercharger for the same price as the entry-level Bentley.

Insane difference in prices will translate to significant differences in sophistication, like interior andsuspension.

Tesla Model S P85D will leave the Bentley in the dust in a 0-62 mph race by nearly two seconds (3.1 vs 4.9 seconds), although this is probably not too important for most Bentley owners,:

"Yet the Bentley has a character all of its own. Slide into the diamond-stitched embossed seats and take in the immaculately appointed confection that is the interior and it feels as if there’s a six-figure difference in value right there. Someone has clearly lavished varnish on the wood for days on end, probably with a brush made of unicorn hair, and the leather smells of sweet, sweet success.

In the same way that the Tesla transports you to a future ruled by instant everything, the Bentley makes you want to buy a smoking jacket and a gun dog and go and live somewhere stone-built and untouched by the relentless creep of technology."