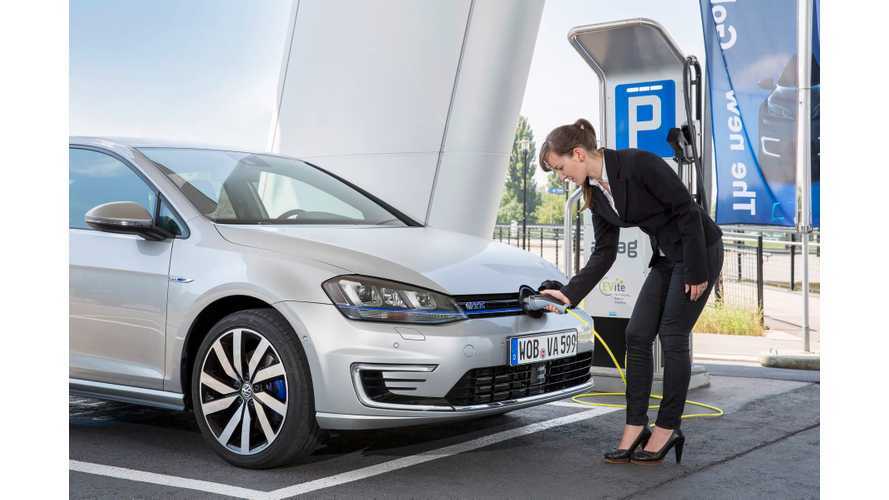 Green Car Congress is reporting that Volkswagen will install an impressive 12,000 charging points for its employees to use in Germany:

"The German Press Agency dpa reported that Volkswagen plans to build 12,000 charging points for electric vehicles in the next few years at its company parking lots in Germany—10% of the company’s 120,000 parking spaces for employees. The plans were announced by CEO Martin Winterkorn behind closed doors at the National Conference on Electric Mobility earlier this week in Berlin, according to unnamed sources cited by dpa. Volkswagen subsequently confirmed the plans."

12,000 is a remarkable figure when one considers that Germany has only 4,800 public charging points installed right now.

"Although Winterkorn reportedly said that it is not the business model of the automobile industry to build charging stations, VW wants to set an example, as e-mobility in Germany has not really budged."

“Therefore, in my view, much is to be said for a large investment partnership of government and industry for the best possible public charging infrastructure in Germany."