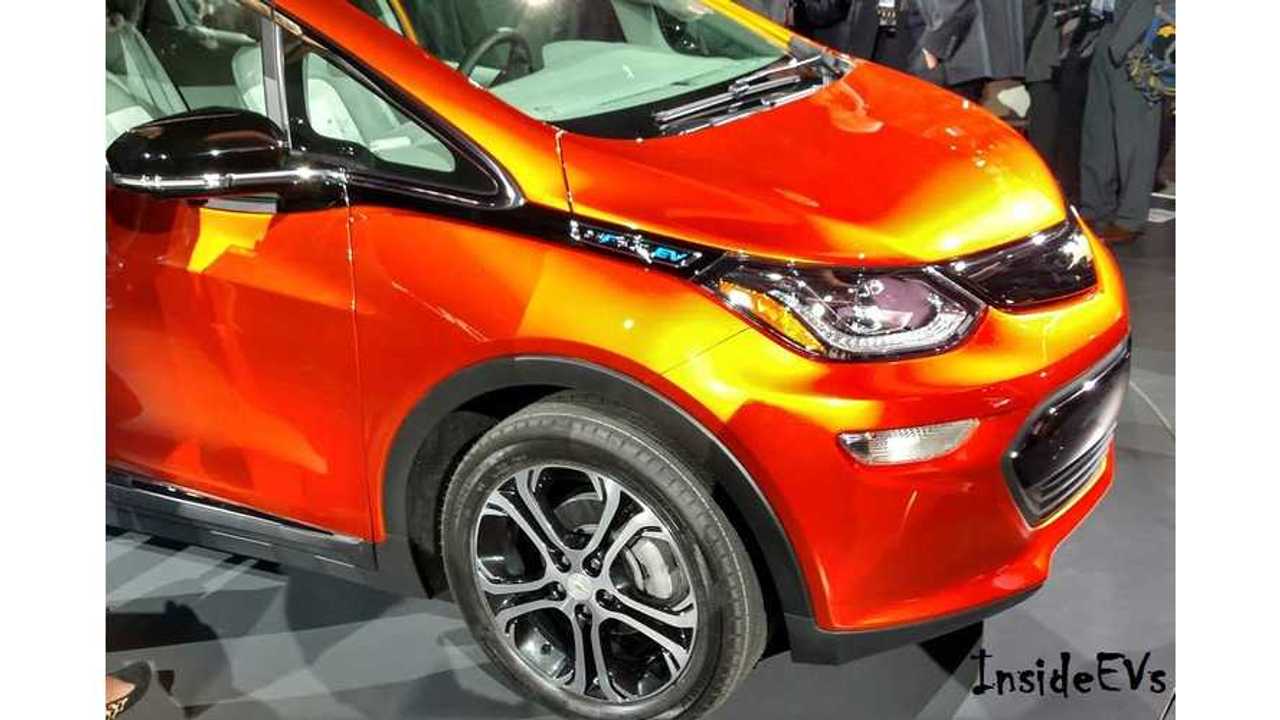 And this time, they brought stats with them.

Powering the Bolt EV is a 60 kWh lithium battery which resides in the floor of the car from the front foot well to back of the rear seat.

“Being the leader in range and affordability means nothing if the car isn’t going to excite you each time you get behind the wheel,” said Josh Tavel, Chevrolet Bolt EV chief engineer.

“That’s why the team was tasked with delivering a propulsion system that would also make the Bolt EV an electric vehicle that owners would love to drive.”

On the 60 kWh battery itself:

GM says that the pack uses active thermal conditioning which is "similar" to the 2016 Chevrolet Volt.  Still, a 8-year/100,000 mile warranty should take care of any issues owners might come across

“You usually have a battery cell that delivers either the desired levels of energy or power, but not traditionally both.  With this cell design and chemistry we were able to deliver a battery system with 160 kilowatts of peak power and 60 kilowatts hours of energy,” - Gregory Smith, Bolt EV battery pack engineering group manager.

The cells itself are a unique chemistry from that of the new Volt, and are of a new design.

The cells are arranged in a “landscape” format and each measures in at only 3.9 ins. (100 mms) high and 13.1 ins. (338 mms) wide providing improved packaging underfloor. The lower profile cell design enabled the vehicle structure team to maximize interior space.

The L2 system has been given a massive upgrade over the new Chevy Volt's 3.6 kW system, with GM saying that a 50 mile recharge can take less than two hours via a 7.2 kW on board charger (which is standard).  Full charge on L2 takes 9 hours.

As noted earlier, DC Fast Charging is in the SAE Combo connector configuration.  Here again GM says 90 miles of range can be recouped in 30 minutes.

GM also released some notes on the regen system that provides "one-pedal" driving:

“Interviews with EV enthusiasts indicated their desire for one pedal driving capability on the Bolt EV.  One pedal operation boosts the thrill and uniqueness of EV driving,” Tavel said.

Through a combination of increased regenerative deceleration and software controls, one pedal driving enables the vehicle to slow down and come to a complete stop without using the brake pedal in certain driving conditions.

When operating the Bolt EV in “Low” mode, or by holding the Regen on Demand paddle located on the back of the steering wheel, the driver can bring the vehicle to a complete stop under most circumstances by simply lifting their foot off the accelerator, although the system does not relieve the need to use the brake pedal altogether.

Operating the Bolt EV in “Drive” mode and not pulling the paddle while decelerating delivers a driving experience where usage of the brake pedal is required to stop.