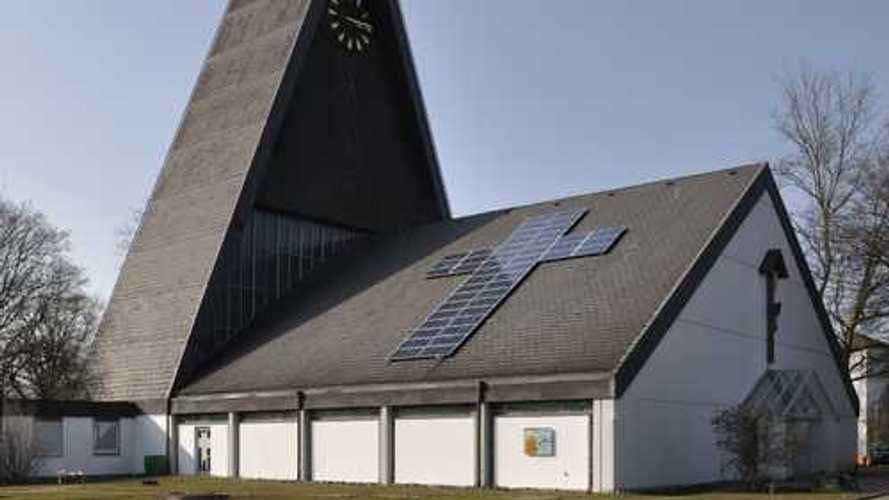 Politics and religion are often said to be avoided topics in conversation with others, if you ever want to be invited to the party again.

Time to break that rule...

With a flame retardant suit on, and with the knowledge that rough and tumble politics and political decisions are often written about in the context of EV’s and renewable energy, I’ll explore an ever increasing reason, why some are transitioning to a more efficient lifestyle, one that is largely unspoken and unwritten about.

There is a diverse multitude of reasons why folks transition to renewable energy and EVs: saving money, hi tech adopter, climate change, self reliance, energy saver, conservationist, stick it to the man, getting off oil, local air quality, a desire to not go to war over scarce resources and more.

You can now add religious beliefs to that list.

Most EV and renewable energy enthusiast posses some of the above reasons, but not all. Some are “spokes” motivated by a singular mission or belief, a singular force that drives them towards their choice. Some are “hubs” encompassing most or all of the reasons for their lifestyle choices.

The EV and Solar communities, (the two go together like chocolate and wine) generally are supportive of all the diverse reasons why folks make the decision to drive an EV and/or go solar. The EV and Solar communities possess an all encompassing “big tent” attitude that whatever the individual reason, whatever the motivation, the “decision” to go solar or drive a car with a plug is more important than the “personal reason” the decision is made.

Religious beliefs can also be accepted into that big tent with the knowledge that we all do not share every motivation including religion, for driving EV’s and or going solar.

Here are some observations on why I think it’s very important to talk about it, and why I think it will be a reason for many around the globe to make the decision to drive a car with a plug and power with renewables.

There are many great reasons to switch to electric transportation and renewable energy sources. Religious beliefs can now be added to that list. Our EV and Solar communities are quickly about to get a whole lot larger and more diverse.

Welcome to the club Pope Francis and welcome to all faiths, all parishioners and all houses of worship around the world!

Now is not the time to whisper in dark rooms to a few, Now its the time to raise our varied, collective, community voices as high as we can to as many as we can.

Electric transportation powered by renewable energy is the right choice.