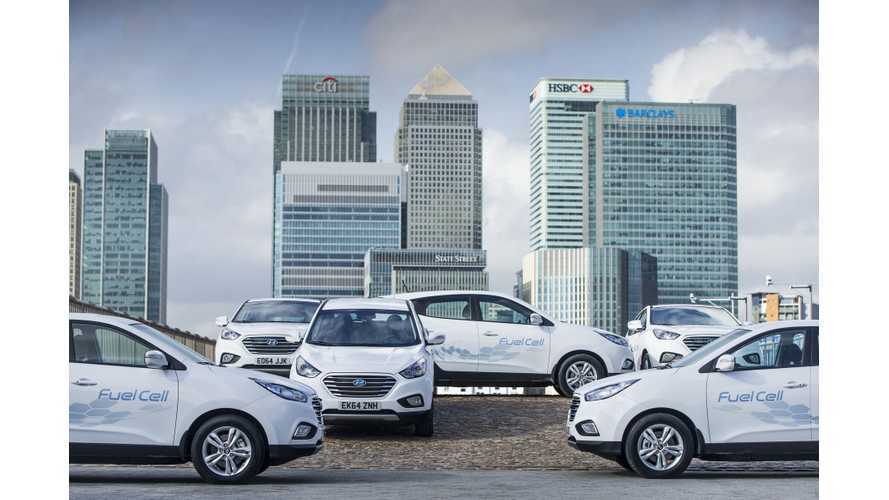 Hyundai is bravely trying to introduce the hydrogen fuel cell Tucson ix35 around the world, but despite the "first mass-produced fuel cell vehicle" slogan, sales are not only low, but even missing below Hyudai's own targets.

At the current pace, sales will exceed 165 this year and 369 overall.

The high price of hydrogen fuel cell cars and lack of infrastructure prevents sales from taking off.

The source article doesn't mention one more important roadblock - refueling cost, which at the pilot stage can be covered by manufacturers, but that will not last forever. Refueling hydrogen cars will not be cheap like charging EVs and you will not pay off upfront higher price tags by factoring in lower fueling costs.

"The sales figures are far smaller than the company's earlier target to sell 1,000 units by the end of this year.

The lower-than-expected sales are attributed to a lack of charging infrastructure available for customers along with relatively high prices.

In February, Hyundai Motor lowered the price of the Tucson FCEV to 85 million won (US$76,253) from 150 million won, but it is still too expensive compared to conventional vehicles. Also, it is not eligible for government subsides which are available for customers who purchase other kinds of electric vehicles here."