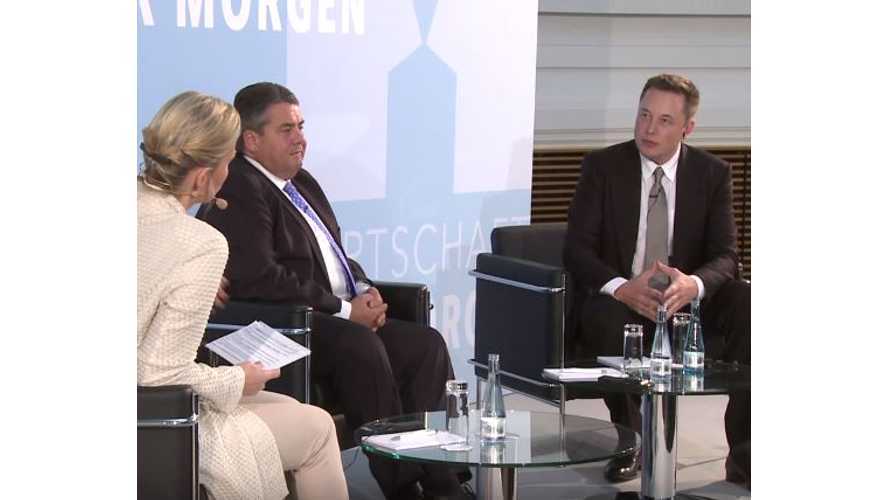 As part of the "Economy Of Tomorrow" public debate series, Tesla CEO Elon Musk took to the stage in Germany to speak and to answer questions from conference-goers.

"In the fourth event of public debate series " Economy for Tomorrow" discussed Federal Minister Sigmar Gabriel to the US - American entrepreneur , inventor and investor Elon Musk . Both are presented to interested questions of the numerous guests on the spot - and on social media."

Via Tesla Motors Club, here are some highlights on Musk's speech: