Analyst: With Gigafactory, Tesla Battery Cost Will Fall Below $100 Per kWh 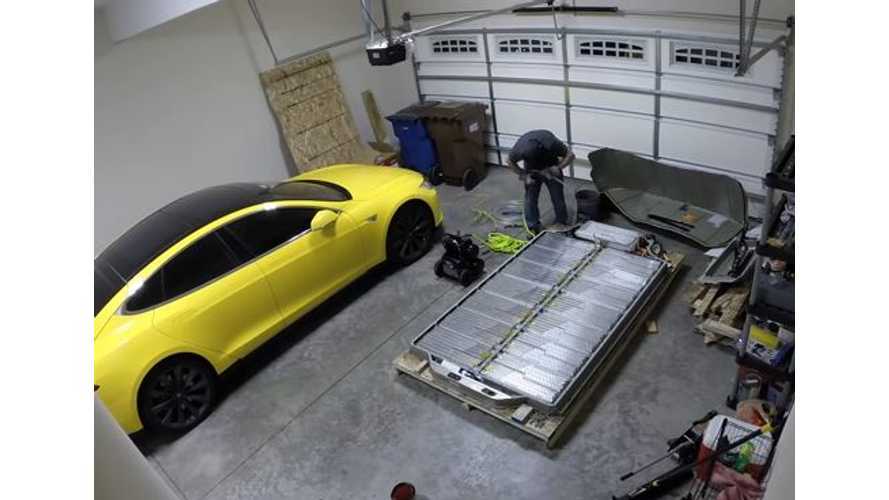 According to Jefferies analyst Dan Dolev, Tesla could lower battery costs substantially by changing cell chemistry and from economies of scale that will come with the completion of the Gigafactory.

"Lowering battery cost via changes to cell chemistry and Gigafactory scale benefits are critical determinants of Tesla's ability to sell an affordable Model 3 starting at $35K. Our detailed battery component cost analysis details a path to 50%+ reduction in battery pack cost to $125/kWh by 2020, driving up to a 1,000bps vehicle GM tailwind, placing TSLA at the upper-end of peer OEM profitability levels."

Street Insider points out that Dolev actually details a potential path for Tesla to get cell cost below $100 per kWh:

"Our analysis details a potential path to a 30% cell-level cost reduction to ~$88/kWh by using a more efficient lithium-rich nickel cobalt manganese cathode (vs. NCA), doubling the percentage of silicon in the synthetic graphene anode, replacing the liquid electrolyte with an ionic gel electrolyte which eliminates the need for a separator, and using a water-based electrode solvent for the cathode."

With the arrival of the Gigafactory, Dolev suggests that pack costs will fall even more:

"The Gigafactory, which is expected to begin production in early ’16, should drive down pack-level costs by 70% to ~$38/kWh via economies of scale, supply chain optimization, increased automation, and production domestication.”