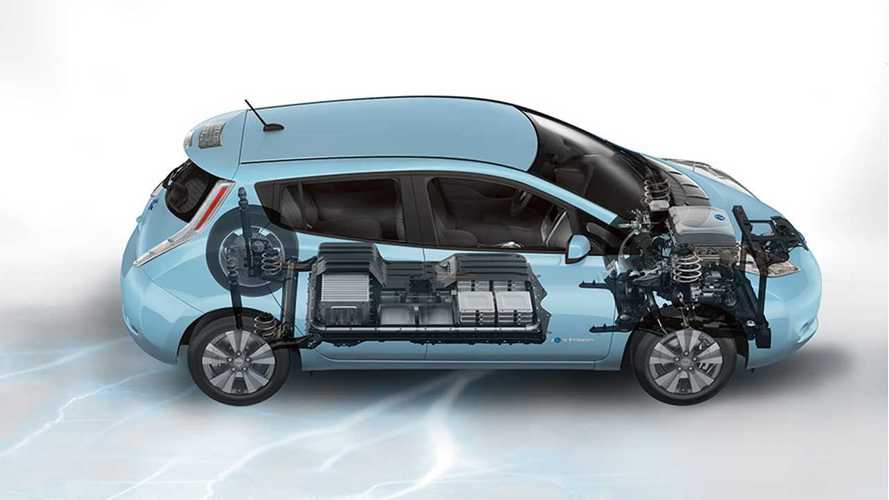 The announcement was released this week, although teams from both companies were already working on the project for more than a year.

Nissan sold over 178,000 LEAFs, over 80,000 in the US. Over time there will be growing number of batteries with decreased capacity, which could be used for energy storage in different applications.

"As part of the company's commitment to sustainability and reducing greenhouse gas emissions, Nissan has conducted multiple research projects in Japan, the U.S. and Europe to use LEAF batteries outside the vehicle through 4R Energy, a joint-venture with Sumitomo Corp. formed in 2010.

In a new stationary storage application powered by Green Charge's intelligent software and Power Efficiency Agreement™, the second-life energy storage unit has a cost advantage over traditional units, opening up new markets where incentive programs are currently not offered.

Engineering teams from both companies have worked together for more than a year to ensure safety, reliability and performance of this offering for commercial customers."

First joint project is scheduled for this summer. Later this year they will probably begin first commercial projects through greencharge.net.

"The first combined storage unit will be installed at a Nissan facility this summer, where multiple Nissan LEAF batteries will be configured to offset peak electricity demand, creating savings while also benefiting the utility grid. Systems like this also can be paired with renewable energy sources such as wind or solar to further reduce a facility's environmental footprint and enhance energy savings."

"A lithium-ion battery from a Nissan LEAF still holds a great deal of value as energy storage, even after it is removed from the vehicle, so Nissan expects to be able to reuse a majority of LEAF battery packs in non-automotive applications. Nissan looks forward to working with Green Charge Networks to get second-life vehicle batteries into the hands of customers who can realize benefits that include improved sustainability and lower energy costs."