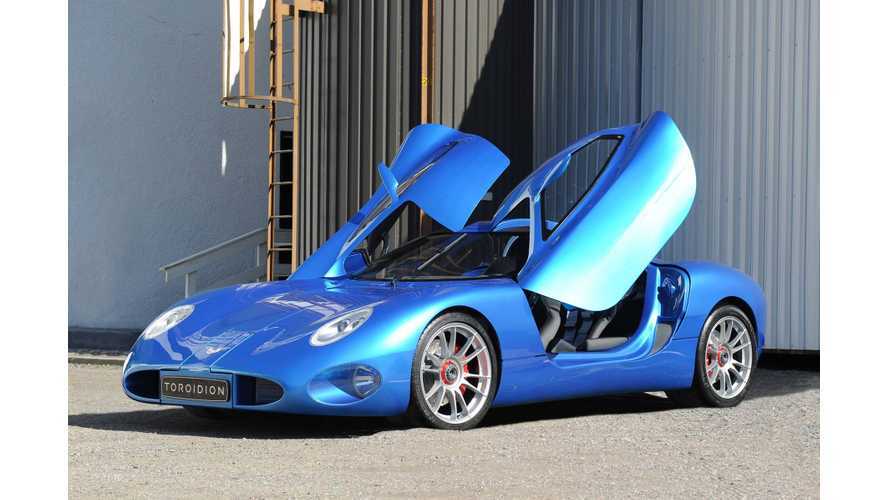 Toroidion 1MW Concept unveiled at the Top Marques Monaco about two months ago had its road debut in Finland.

We discovered photo and short video, although this is just the first demo and the car is nowhere close to using its full 1 MW of power out of four motors.

There is a second video from Top Marques Monaco if you would like check the details again.