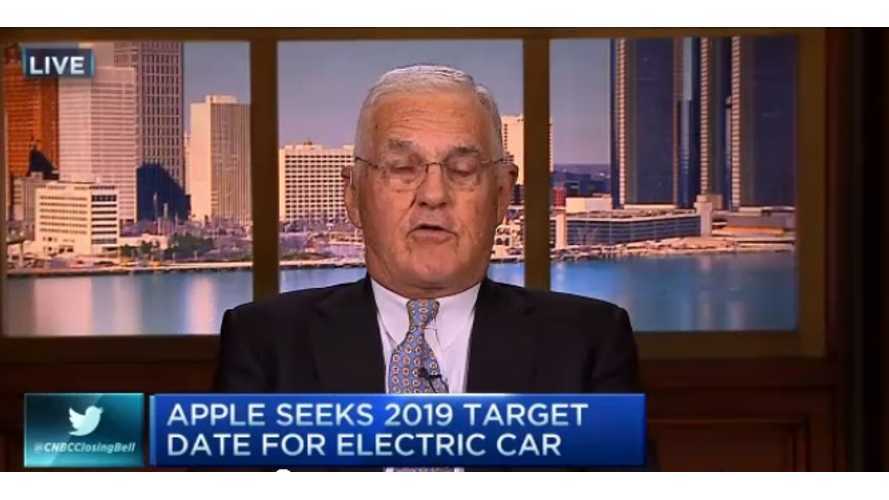 As news of Apple's autonomous electric vehicle heats up (a recent report says the release timeline of that EV has sped up to a 2019 release), CNBC looked around for a high profile auto-commentator to interview.

The former GM exec, and "father" of the Chevrolet Volt has consistently been changing his viewpoint on plug-in cars as more and more time goes by since his GM (and now VIA Motors) leadership days.

Today, he classes electric vehicles as generally "money losers" and the only reason OEMs are making them is to meet European and US regulations.

"When it comes to actually making cars there is no reason to assume that Apple, with no experience will suddenly do a better job than General Motors, Ford, Volkswagen, Toyota, or Hyundai. So I think this is going to be a giant money pit."

Mr. Lutz says he would be upset if he was an Apple shareholder.

While traditional big auto seems to be all about making small incremental improvements to continue selling the same lineup of cars over an extended period, we doubt many have ever considered what a "killer app" could do for their business.  Instead, they build compliance cars that are pre-designed to be financially unsuccessful, but regulatory compliant in the most minimum way...after all, isn't that (the 'killer app') exactly what the electric vehicle could be, at least if it was packaged in a way people actually wanted?

Hey 'big auto', how about some plug-in, extended range minivans, SUVs and trucks - or options for 150+ mile ranges batteries (go ahead, inconvenience us by putting that extra 12 kWh in the trunk) on mid-size, all-electric cars?

As it turns out, if big auto isn't willing to take that chance, the likes of Apple and Tesla will.