It's now official...Quebec sets the Guinness World Record for the largest EV car parade, with 241 vehicles in total. "Achieved in Montreal April 18, 2015."

Matt Pressman from EV Annex attended the event. He stated: 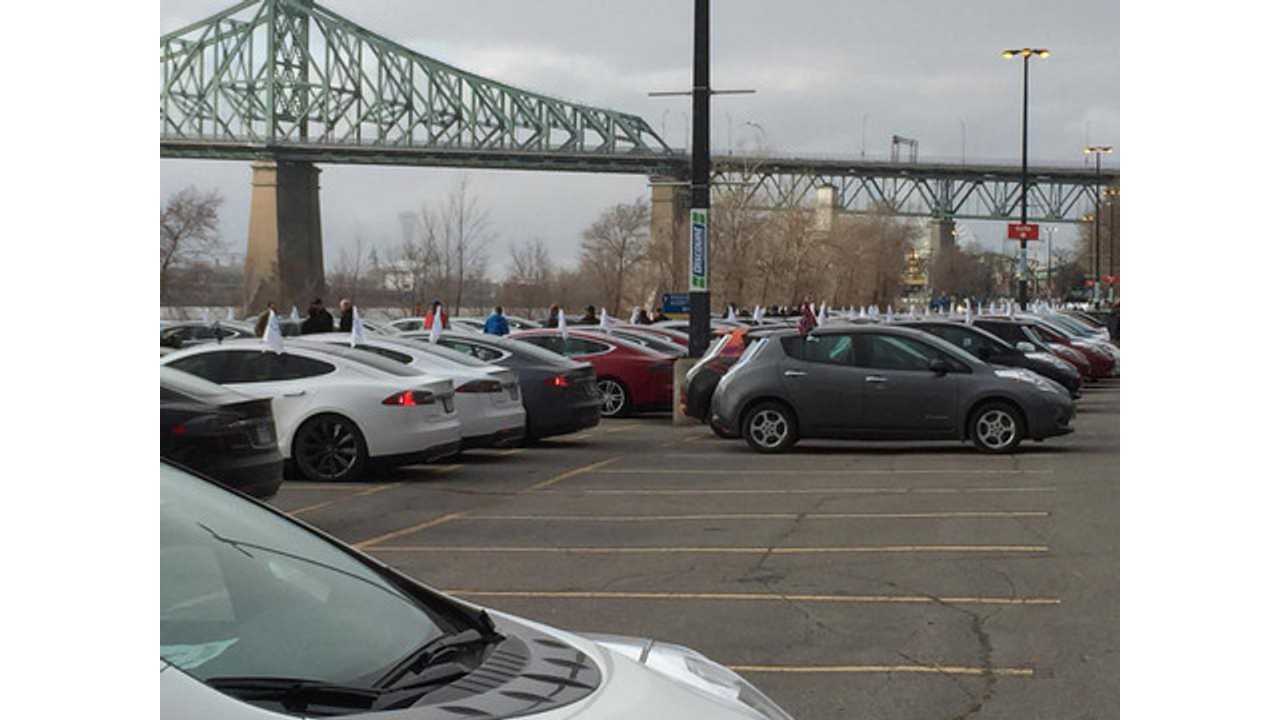 "I was part of it. And the Roulez Electrique community was part of it with other EV owners throughout Quebec (about 5,000 plug-in vehicles were registered in the Province at that time in April). Thanks to my friend Stephane Pascalon, who got the idea, and also made it through all the Guinness World Record rules and their notorious amounts of paperwork! Thanks to all participants, the Branchez-Vous team, and all the EV associations and groups in Quebec. We worked together and we made it!"

Outside of the Guinness record books, the unofficial high tally mark for electric vehicles in a parade is quite a bit higher.

But it does not stop there. The plan is to attempt this again next year, but to go even bigger.

"We are very proud of this World title that clearly demonstrates the popularity of electric vehicles in Quebec. We thank all the individuals and organizations involved in promoting and achieving the feat" 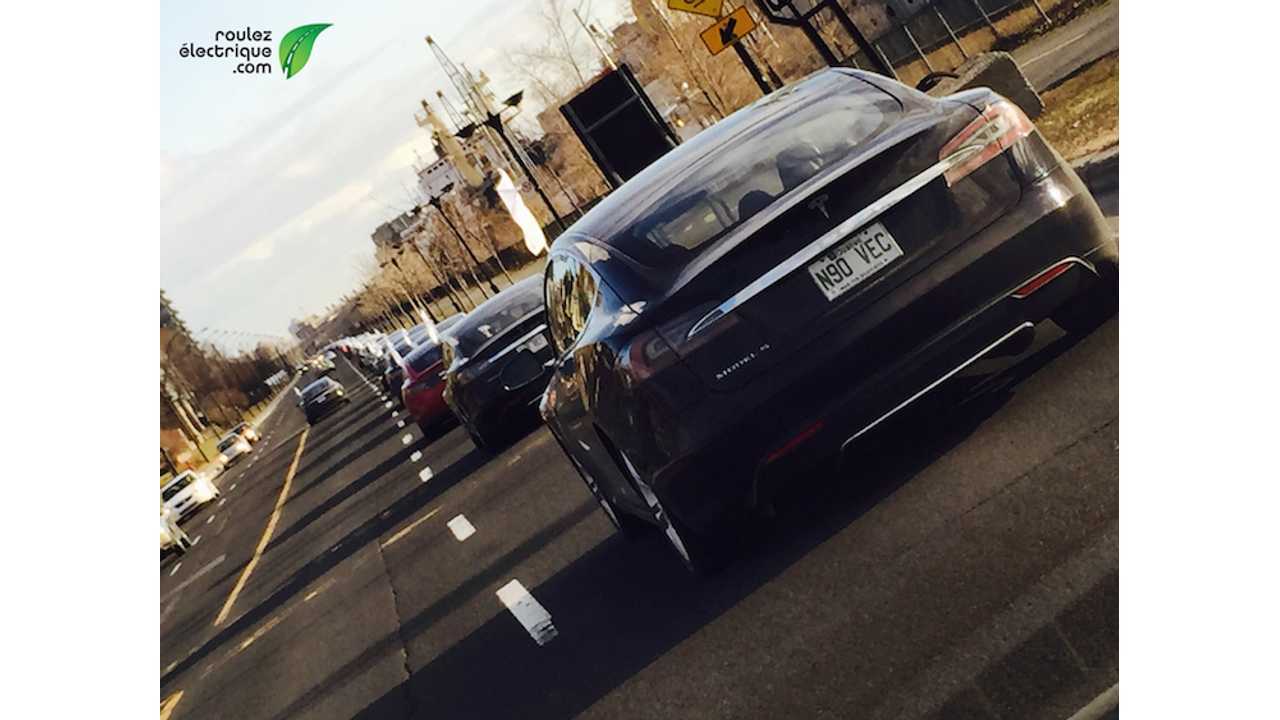