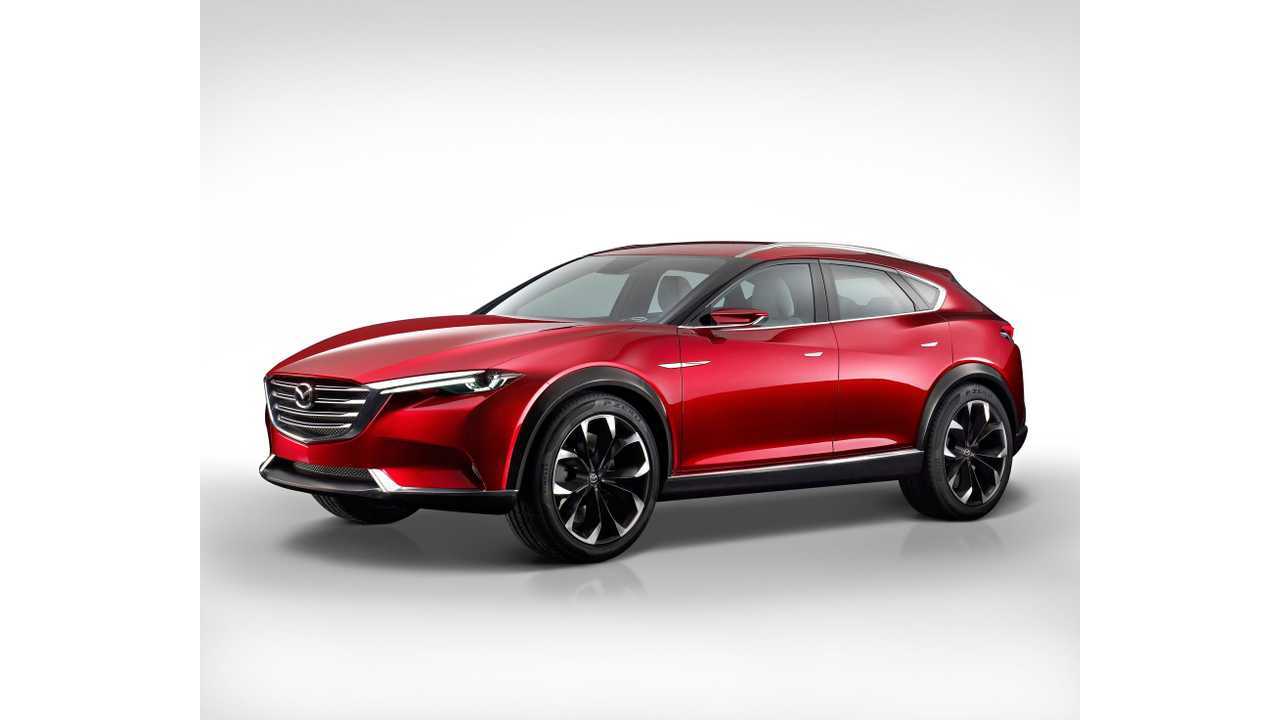 Mazda stands at the crossroads on alternative drivetrains.

To date, the Japanese company has mainly focused on improving fuel economy of its engines, but now it's considering going either hybrid or electric.

The path that proves to be more attractive will be adopted across the automaker's entire line-up, so every Mazda model could be available in hybrid or all-electric version, depending on the route Mazda chooses.

We must also remember that Mazda has a technological partnership with Toyota.

The other thing for Mazda to decide is on the Koeru concept SUV, unveiled at the 2015 Frankfurt Motor Show. We wouldn't be offended to see this model in plug-in hybrid version as the first Mazda plug-in, if the automaker chooses to green light it.

“we would like to see it in production, but we need to monitor customers voices and see if it can deliver sustainable sales volumes before making the final judgement. The Koeru Concept is a totally new proposition of SUVs, but everyone seemed to rave about the car at the show, and I am encouraged to hear that.”