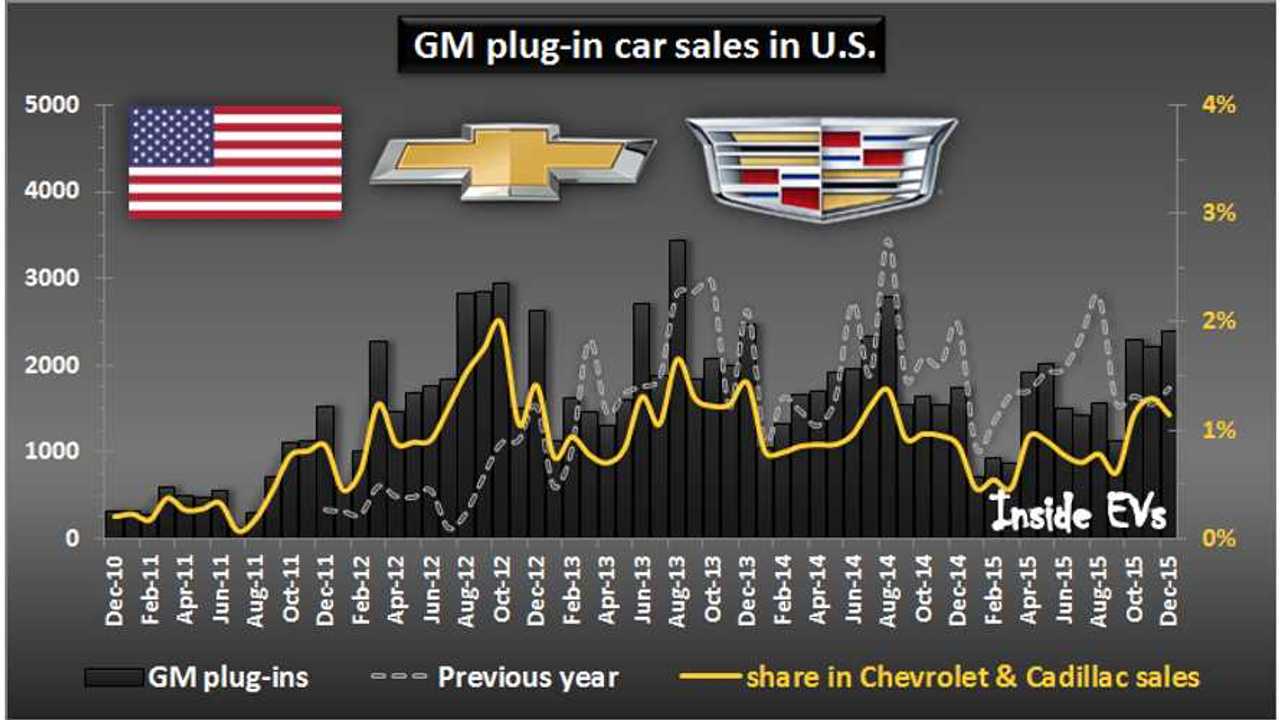 Here is another look at General Motors' plug-in electric car sales in the U.S., which mostly consist of Chevrolet Volts.

If we include Chevrolet Spark EV and Cadillac ELR, it turns out that not much changed in the last four years. General volume has been decreasing slowly from the 23,639 unit peak in 2013.

With the new 2016 Volt, a new Cadillac plug-in hybrid, and the late 2016 launch of an all-new Bolt EV (and hopefully still available Chevrolet Spark EV), there's no doubt that the year 2016 will be GM's best ever for plug-in electric car sales.

In early 2016 (~February/March), GM will become the first manufacturer to cross 100,000 plug-in car sales in the U.S. This is good news for sure, but it also reminds us that some automakers will be on the back half of the journey to the 200,000 mark, after which the federal tax credit will not be available unless an extension is put in place (for the manufacturers that hits the cap).

Sales recovery compared to the previous year was already detected in the last three months: