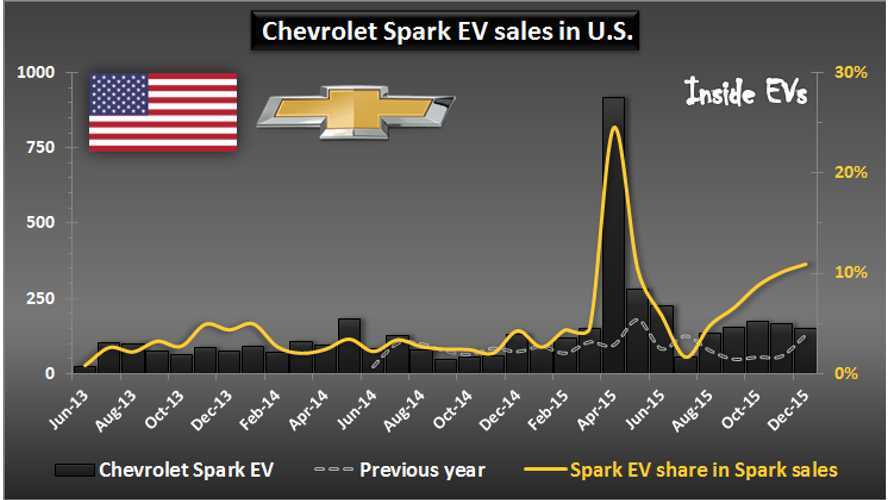 Great lease offers, combined with high availability manifested in peak sales of 920 in April when every fourth Spark sold in the U.S. was electric.

The situation has calmed since then, but Spark EV's share among all Sparks began to climb again to exceed 10% in November and 11% in December.

The fate of Spark EV is still officially unclear as GM is gearing up to introduce the Bolt EV.

Very strong odds are that 2016 will be the last year for GM's first pure EV offering since the EV1 in America, as the plug-in model did not get the refresh/upgrade for 2016 as the petrol model did.  Think of it as the ELR of the Chevrolet lineup , in other words GM getting some extra value out of the end of an isolated production run.