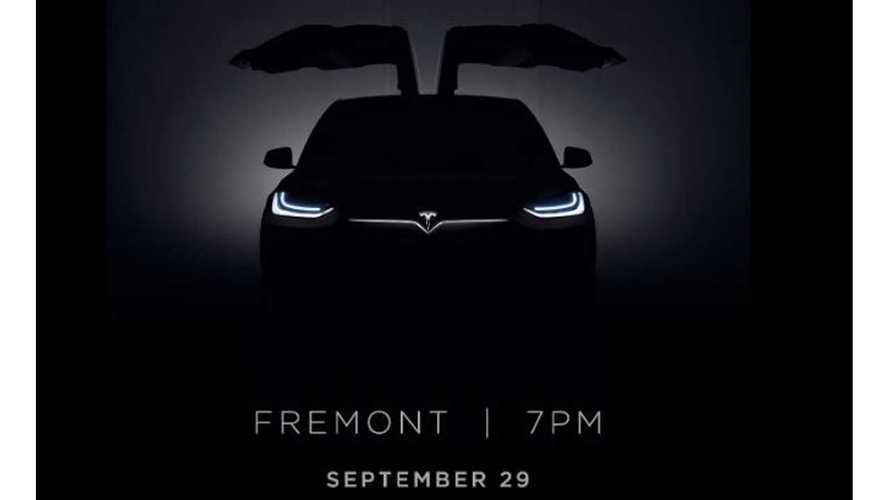 Next Tuesday, Tesla Motors will hold a launch event for the Model X.

The event will take place at Tesla's Fremont Factory at 7 PM Pacific Time.

The image seen above, which is part of an invite sent out to select (mostly Signature) Model X reservation holders and some members of the media, shows the front end of the X in some detail.

Here's the rest of the invite:

Tesla has confirmed that the Model X launch event will be livestreamed on its website.

At this time, it's unclear if deliveries of the Model X will take place on the 29th, although we tend to think you.  Elon Musk has stated that first Model X deliveries will occur in September, but not even one Model X reservation holder has come forward to confirm that they're taking delivery at the event.

So it seems that just insider/"founder" series Model X vehicles will be handed out.

As for what to expect on the 29th, here's video of the Model S launch event from way back in 2012: