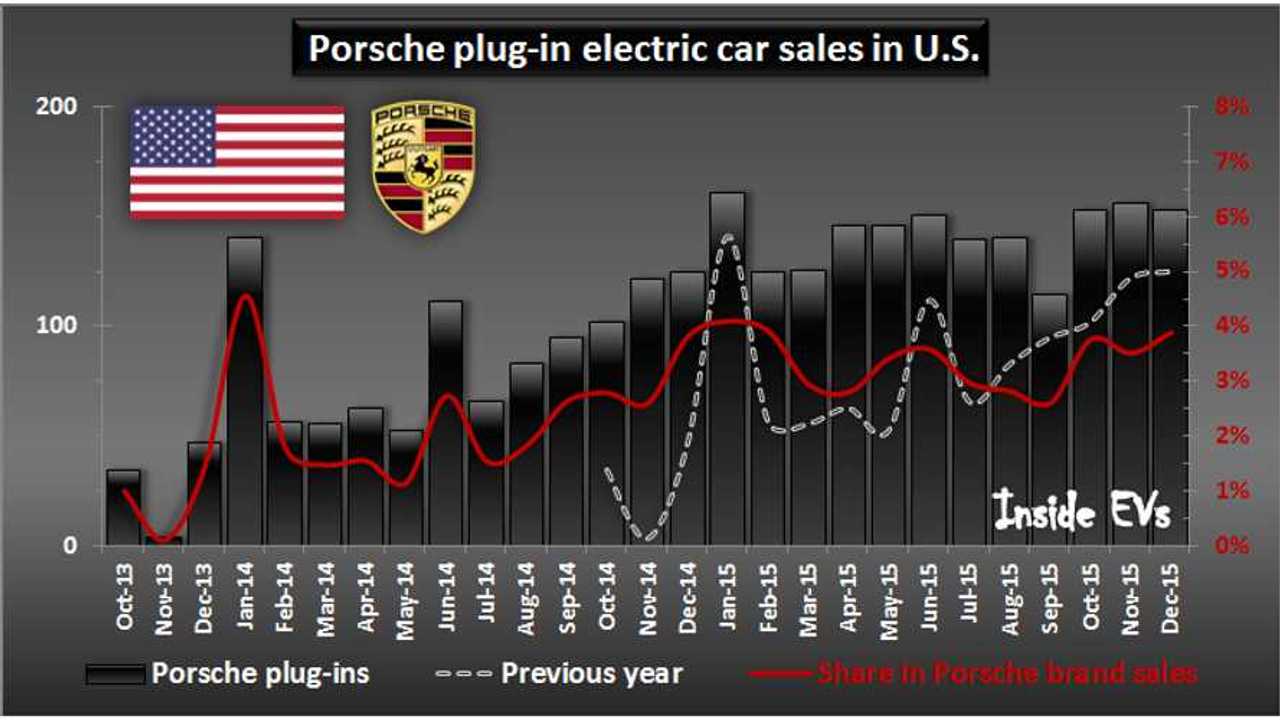 Porsche is on a mission to bring a groundbreaking all-electric car to the market and even employees agreed on the pay cuts to make it reality.

However, in the meantime, the German brand is offering only plug-in hybrids ... performance hybrids:

In the U.S., combined sales of those three models have increased every year so far. So too has their share in overall Porsche sales, which in 2015 stood at 3.3%.

The first model - Panamera S E-Hybrid - didn't do well after its initial year when Porsche introduced internal competition in the form of Cayenne PHEV; it seems if you are interested in a plug, you are even more interested in a SUV with a plug.

Both cars aren't in the same class, but the timing fits to make this assumption.

The plug-in hybrid Cayenne recently exceeded 10% of all Cayenne sales:

Porsche 918 Spyder is fading away as the limited and sold-out production winds down, but 299 were sold so far in the U.S.: