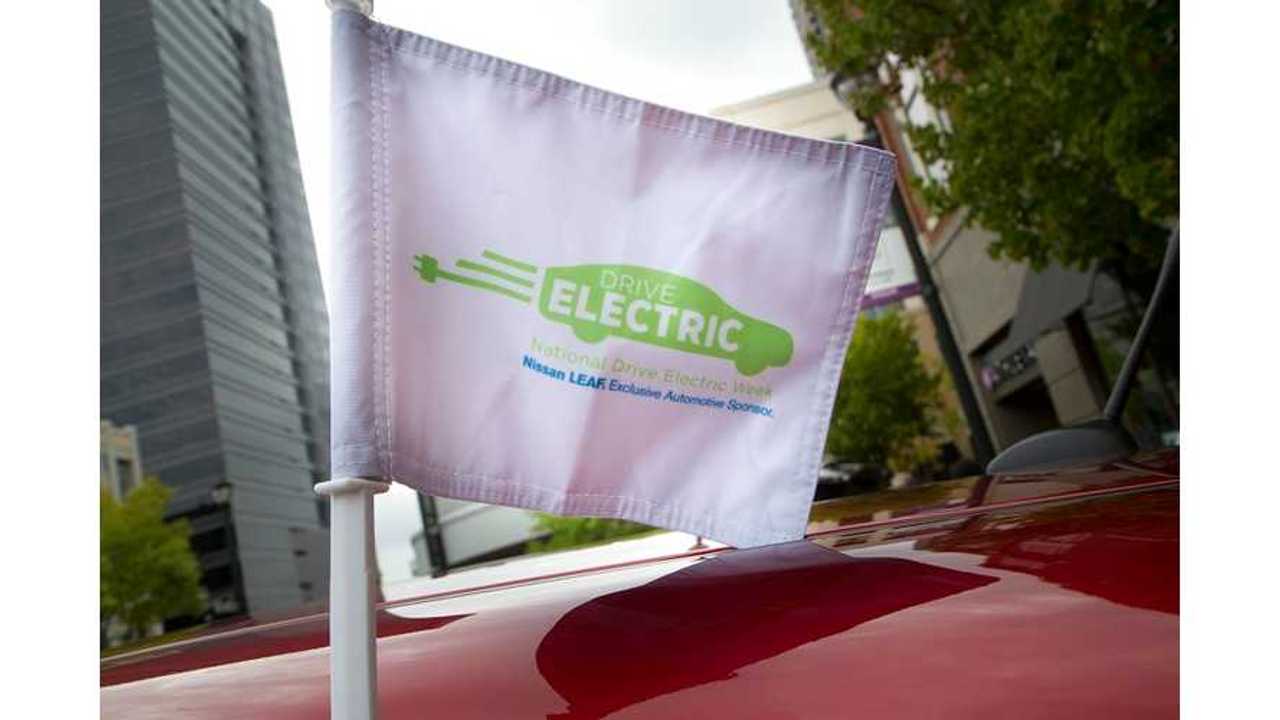 National Drive Electric Week now has an exclusive big name sponsor locked up for the next 3 years, a major hurdle for any event to secure.

Nissan announced the agreement on Thursday, signalling its continued co-operation with the EV advocacy program that is now entering its 5th year. Needless to say program organizers are very pleased:

"Nissan is a driving force in the plug-in vehicle industry, with the top-selling electric vehicle, Nissan LEAF, and with investments in charging infrastructure and consumer education," said Tom Saxton, Plug In America's Program Manager for National Drive Electric Week. "Nissan's support of National Drive Electric Week helps Plug In America with our efforts to rapidly increase adoption of EVs of all kinds in cities across the U.S."

Starting as just a single day program in 2011, the popularity and nationwide logistics of the event put together by Plug In America, the Sierra Club and the Electric Auto Association (along with local groups) has seen its expansion grow to more than 150 cities over a full week each September.

"From the moment we launched Nissan LEAF, we quickly found that LEAF owners are our best salespeople," said Andrew Speaker, Director, Nissan Electric Vehicle Sales and Marketing. "We are continuing to support National Drive Electric Week because this event helps bring owners of LEAF and other EVs together to share their experience and educate consumers on the benefits of driving electric cars.