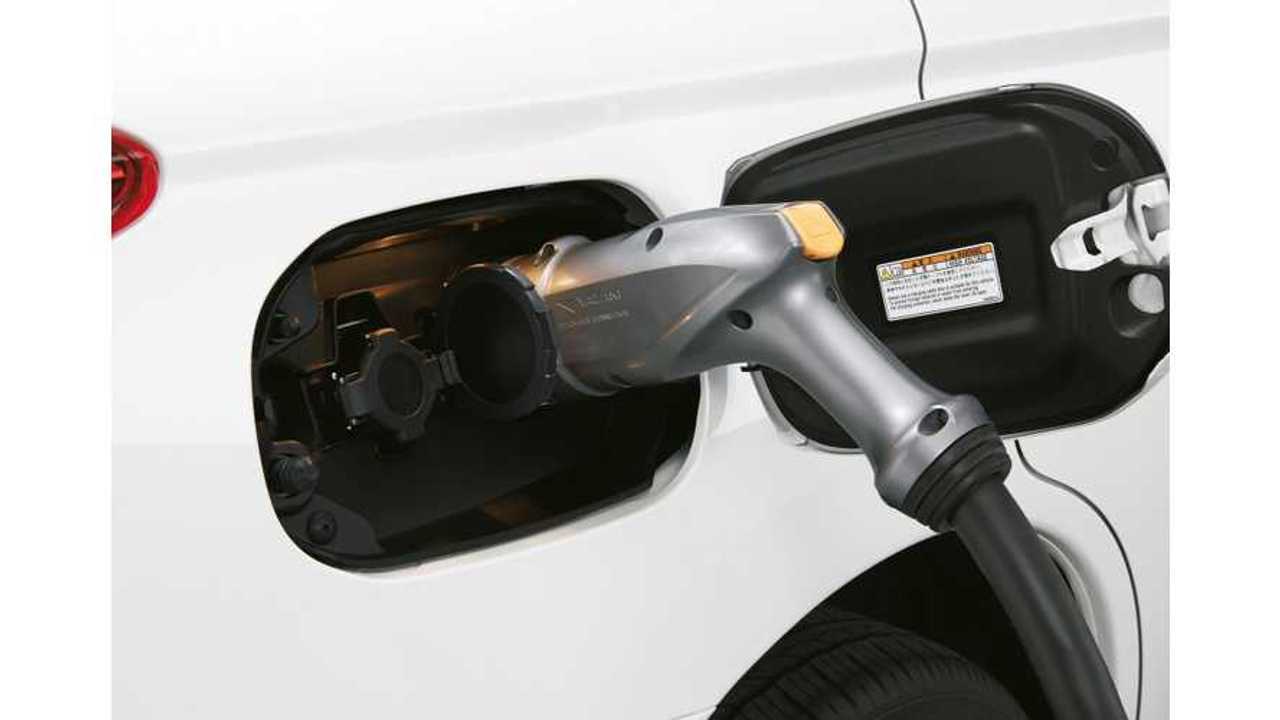 Mitsubishi Outlander PHEV is finally set to be launched in U.S. in late summer and as it turns out, it will be equipped with CHAdeNO - or in other words, NO CHAdeMO inlet for fast charging.

This was revealed by Automotive News, who was present at the Outlander PHEV U.S.-spec-prototype preview on display by Mitsubishi.

There is only a SAE J1772 AC charging inlet and empty space behind the cap (unlike the Japanese and European versions).

"Why no CHAdeMO port? Ken Konieczka, vice president of sales operations at Mitsubishi Motors North America Inc., said the company decided to omit the port from the U.S. version of the crossover, even though it’s standard on the Japanese model, because there aren’t enough CHAdeMO charging stations in the U.S. to make it worth including."

The question is whether Outlander PHEV will be CHAdeNO-always or if there will be an option to add CHAdeMO on higher trim versions.

Mitsubishi is the second most important Japanese supporter of CHAdeMO (second to Nissan) and the possible loss of faith in the standard will not be good news for CHAdeMO. On the other hand, this is a plug-in hybrid, so fast charging isn't necessary because you always have ICE backup.

Lack of CHAdeMO chargers and high prices for fast charging (comparable to driving on gas) could prompt Mitsubishi to cut CHAdeMO and lower the price of the SUCV, which isn't that bad.

Specs for the 2017 Mitsubishi Outlander PHEV for U.S. market aren't available yet.

Outlander PHEV is indeed fast-charge capabale in Japan and Europe