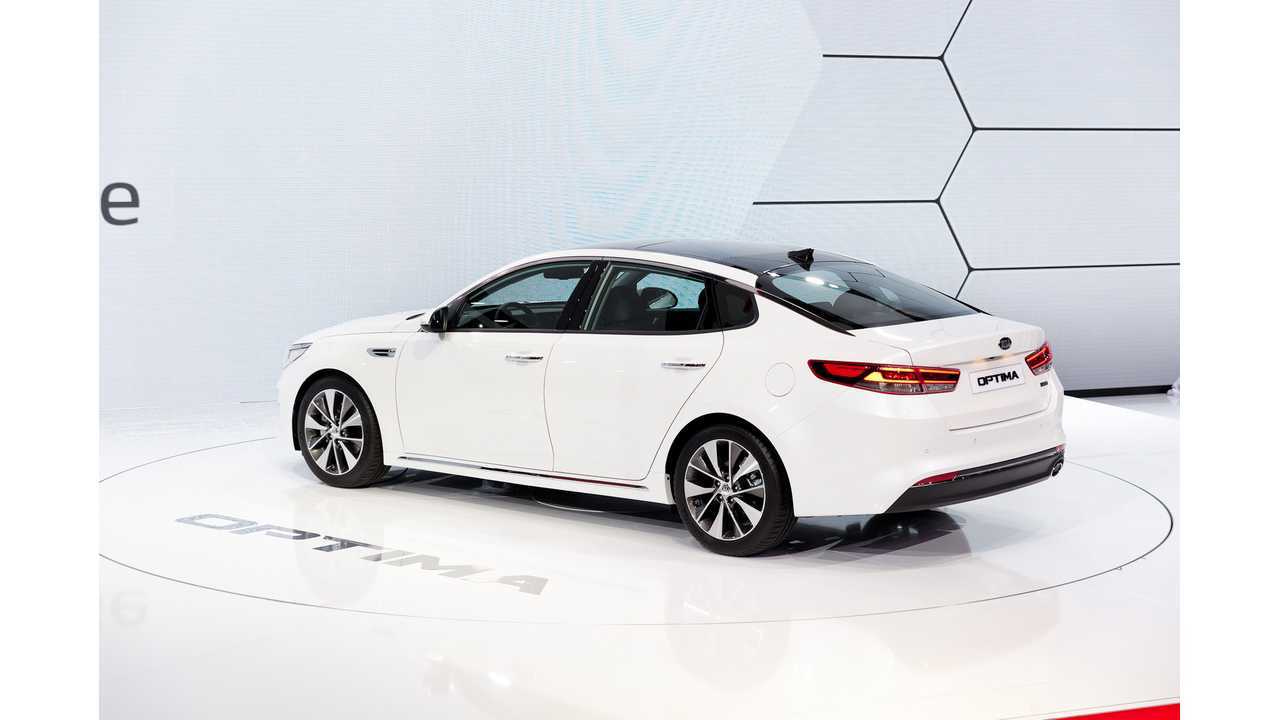 More good stuff coming from Kia, as the Korean company announced its intention to bring to market a plug-in hybrid Optima.

The PHEV would be introduced "sometime next year" in both sedan and new wagon version, also scheduled for 2016 release.

Obviously, this car would make a lot of sense for the company, with the Sonata PHEV close to arriving on dealer lots - leaving only some brand-engineering as the only hurdle left to jump for Kia.

There are no details on the drivetrain, not even type of engine (petrol/diesel).

The 2016 Optima looks sharp and we welcome it to the  plug-in  family.

We've been waiting on the Sonata plug-in hybrid the better part of this year - and promised by 2015's end. Hopefully, the wait ends soon.