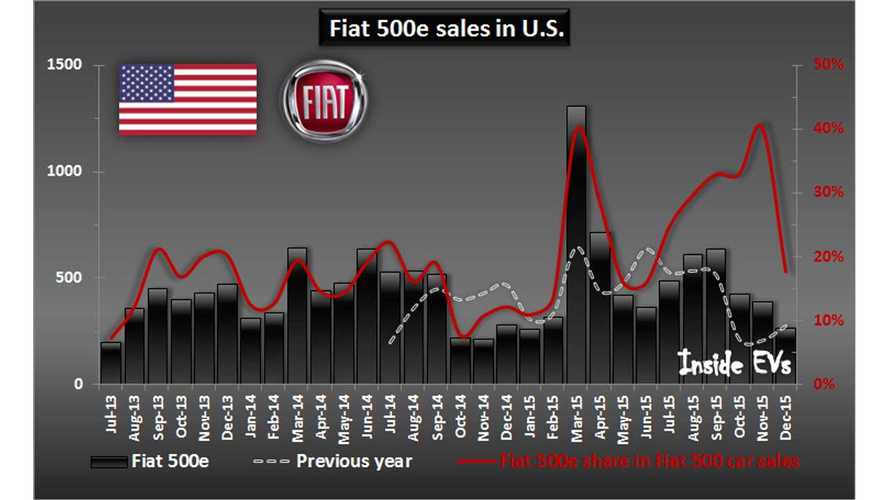 According to our Fiat 500e sales scorecard, based on state/rebate data estimations, the electric version of the 500 accounts for nearly 25% of all 500 and nearly 15% of all Fiat sales in the U.S.

Not bad for a company whose CEO doesn't want to sell electric cars, because he states company loses are more than $10,000 on every one sold.

According to the latest reports, despite tempting lease rates and having the 7th most popular EV in 2015, FCA still needs to buy emissions credits from Honda, Tesla, and Toyota.