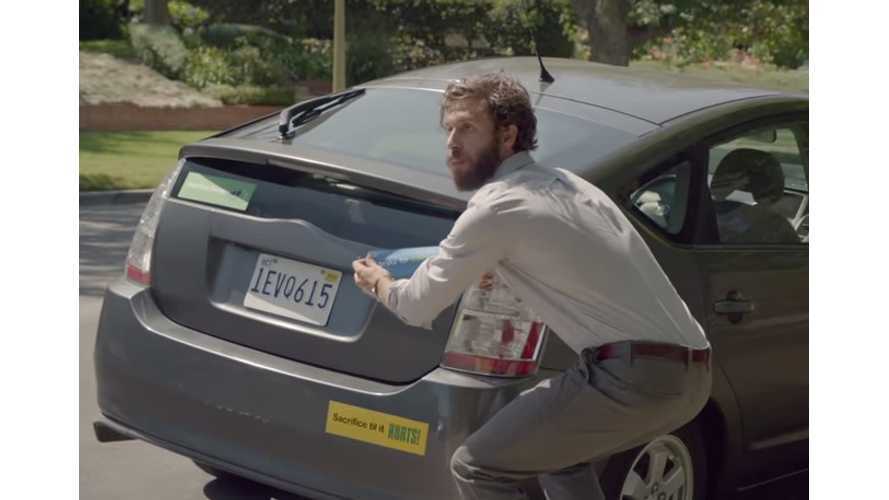 A recently released advertisement for the Audi A3 e-tron's arrival into the United States heralds back to the "old days" of plug-in vehicle advertising...as in, my fellow fuel efficient vehicle is my enemy.

Like the early days of Chevrolet Volt vs the Nissan LEAF, and seemingly Tesla's Elon Musk versus the BMW i3, Audi has decided the best way to promote the plug-in A3 is with a fairly slick commercial that pokes fun at both the Toyota Prius and the BMW i3.

Of interest: Check out the "Sacrifice til it HURTS" bumper sticker on the Toyota Prius in the clip.

The timing of the 'throwing stones at others' spot for how they achieve their efficiency standards by Audi (and the VW Group) is probably not the best, given the recently uncovered EPA cheating/"gaming the system" scandal that has caused the recall of more then 500,000 diesel vehicles in America.

As background on the emission scandal announced this week by the EPA:  VW equipped TDI cars with a "defeat device” to activate when being emission tested. Outside of the testing cycle, in the real world, the cars apparently were emitting up to 40 times the legal levels.  So that isn't good - look for the company to lose billions in both market cap and in fines, as well as taking a pretty large credibility hit.

The Audi A3 e-tron will arrive in the US next month, and carries a fairly reasonable starting MSRP of $37,900.

Just for fun, here is some previous "hits" from other plug-in OEMs (feel free to pass along any other judgemental ad spots and we'll add them in):