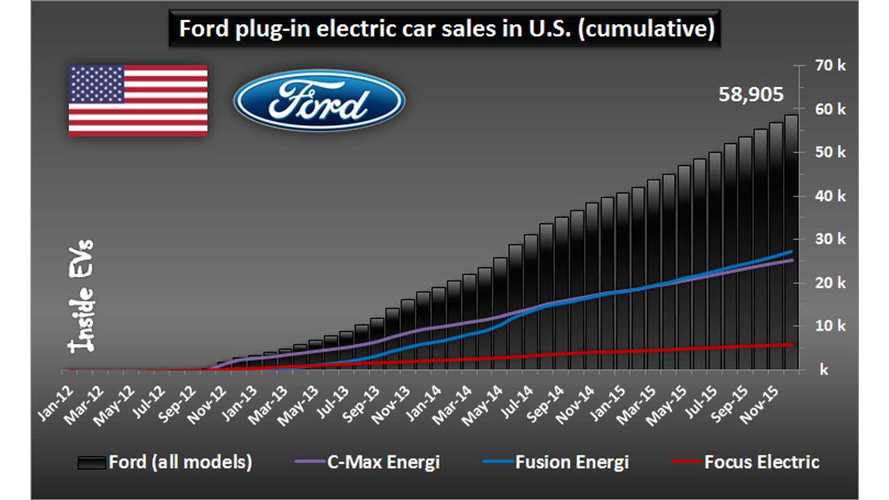 Ford plug-in electric car sales in the U.S. are approaching 60,000 units, but there was not much forward progress in 2015.

In fact, sales of three models: (Focus Electric, Fusion Energi and C-Max Energi) each were lower in 2015 than in 2014, although we do expect Ford to pick up the pace as it refreshes/adds to its plug-in lineup in the 2nd half of 2016 (more on that from NAIAS in Detroit very soon).

Maybe something will change late in 2016 with the 2017 model year introduction with 100 miles of range and DC fast charging?

Two plug-in hybrids - the Fusion Energi and C-Max Energi - are in retreating sales mode too, although we have to note more strength in the Fusion Energi to end out the year, and a refreshed look/more MPGe 2017 model year was just introduced at the NAIAS in Detroit this week; so the trend may be turning for the plug-in Fusion.

Noteworthy is that plug-in hybrids still account for 35% of all C-Max sales (base version is a hybrid).