2016 Toyota Mirai Review With The LAcarGuy, First US Drives Coming In July - Video 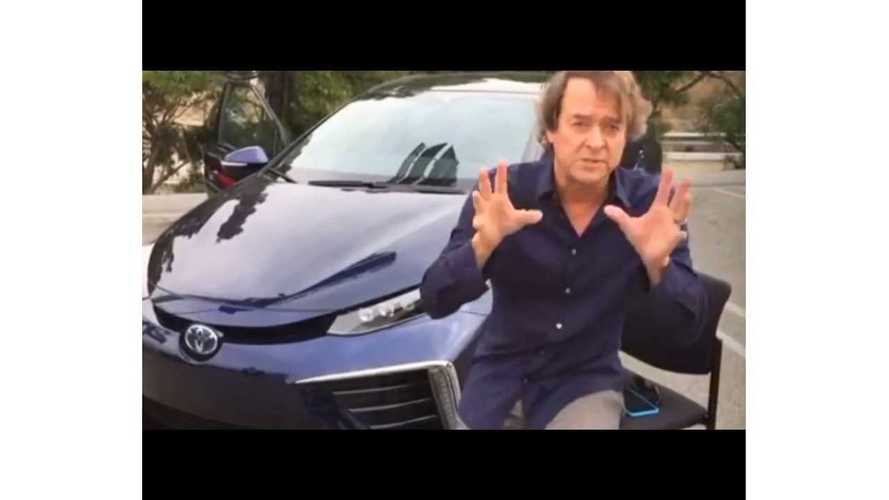 By: Jay Cole
Mike Sullivan of LAcarGuy fame, and who owns Toyota of Santa Monica and Toyota of Hollywood (as well as being a friend of this site), headed down to Torrance, California last week and picked up the first Toyota Mirai in the US.   Here is his review of the 300 mile, fuel cell vehicle that we thought we would pass along.

Mike says that the Mirai is the "most important launch" he has been involved with over in his 39 years in the business; which is saying a lot as he has 8 other dealership nameplates in his stable.

Mike also was at the helm of the largest volume Fisker dealership in the country before the parent company ran into trouble, while his VW dealership sold the first e-Golf to be delivered in the US, and he is also able to boost being the first automotive dealership group in the US to offer EV stations that are open to the general public.

So despite one's opinion on the viability or place of the fuel cell car in America's future, or its competitive abilities against the plug-in electric vehicle, Mr. Sullivan has shown himself open to trying out something (anything) new, and you can really tell he is passionate about supporting ecologically friendly products and the 'green' lifestyle in general.

The Toyota Mirai is priced at $57,500 before incentives, and launches in the US in October via a $499/month lease program (with $3,649 down), and Mike's Toyota Santa Monica location will be one of eight dealers in California to offer the product.  First consumer test drives will be available in July.

Toyota Mirai Production Is Very Constrained Due To The Complex Nature Of The Build And The Manufacturing Limitations At Toyota's LFA Works/Motamachi Assembly Plant in Toyota City.  The Maximum Output Is About 10 Mirais Per Day

Toyota hopes to sell 300 copies of the Mirai in the US this year and 3,000 through the end of 2017, but the maximum ceiling for production of the hand-built car according to the Mira's Chief Engineer Yoshikazu Tanaka is 3,000/per year indefinitely at Toyota's LFA Works facility.

"Going beyond 3,000 vehicles a year would require a breakthrough in the way they are manufactured."

So, the Toyota Mirai, and really fuel cell technology found in any other manufacturer's current offerings, pose no real threat to the plug-in electric vehicles of today.

It is believed Toyota has more than sold out all the allocation allotted to Japan already for the next 3 years, so if you really want to drive your very own Mirai anytime soon in the US, we suggest you give Mike a call quick.