Renault-Nissan To Launch 10 Autonomous Vehicles Over Next 4 Years 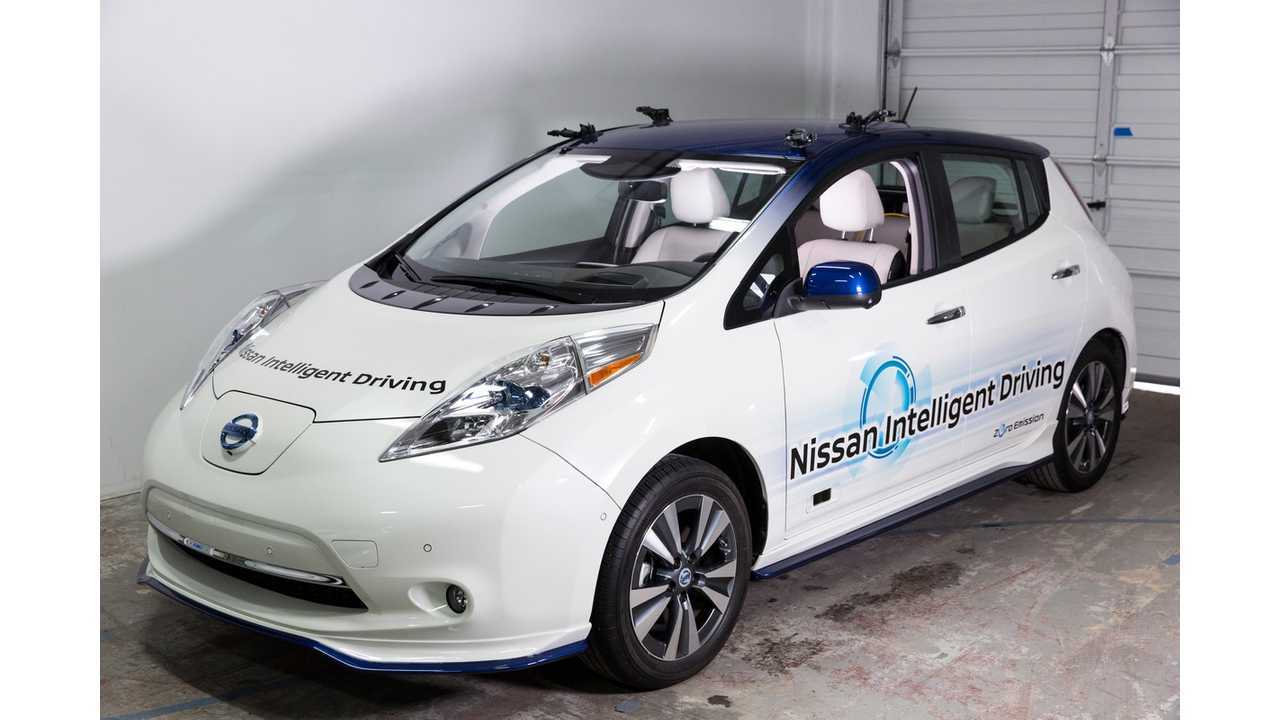 Renault-Nissan Alliance announced plans to launch more than 10 vehicles with autonomous drive technology over the next four years globally.

That is, 10 mainstream, mass-market and affordable cars, including the LEAF, which is most often used as the autonomous development prototype by Nissan.

"Renault-Nissan Alliance is deeply committed to the twin goals of 'zero emissions and zero fatalities. That's why we are developing autonomous driving and connectivity for mass-market, mainstream vehicles on three continents."

Autonomous driving will be developed step by step beginning in 2016.

This year, Nissan and Renault will introduce "single-lane control" for highway driving or heavy traffic.

Then in 2018 Nissan will bring "multiple-lane control", "which can autonomously negotiate hazards and change lanes during highway driving."

Finally in 2020, "intersection autonomy" will be added, "which can navigate city intersections and heavy urban traffic without driver intervention."

"Zero emission and zero fatalities Renault-Nissan is already the industry's zero-emission leader by far. The Alliance has sold nearly 300,000 all-electric vehicles since the first Nissan LEAF was sold in the San Francisco Bay Area in December 2010.

Autonomous drive is expected to help further reduce driver error, which is responsible for up to 90 percent of all fatalities.

The year 2016 will mark the debut of vehicles with "single-lane control," a feature that allows cars to drive autonomously on highways, including in heavy, stop-and-go traffic. In 2018, Renault-Nissan will launch vehicles with "multiple-lane control," which can autonomously negotiate hazards and change lanes during highway driving. And 2020 will see the launch of "intersection autonomy," which can navigate city intersections and heavy urban traffic without driver intervention.

Later this year the Alliance will launch a new automotive app for mobile devices, which allows remote interaction with your car. Next year, it will launch the first "Alliance Multimedia System," providing new multimedia and navigation features, as well as improved smartphone integration and wireless map updates. In 2018, the Alliance Connectivity & Internet of Things platform will support the new Virtual Personal Assistant feature for individual and business customers.

All of the Alliance's autonomous drive technology will be available at the option of the driver.

Convergence for the win

In 2014, Renault-Nissan "converged" both companies' engineering organizations. Engineers at Renault and Nissan work together as one team to reduce duplication in the development of next-generation technologies. The technology Renault and Nissan engineers develop together is then available for each company and all brands to use where it makes sense for consumers.

In other words, Renault-Nissan engineers have developed a "technology tool kit," including hardware and software applications. Product teams from Renault, Nissan, Infiniti and other Alliance brands may select those applications for their models, where appropriate. By partnering on advanced research and development, Renault and Nissan are able to work more efficiently, with less cost, and thereby deliver higher value vehicles to their customers.

Renault-Nissan has a research and development budget of about US$5 billion. The world's fourth largest car group, which sells one in 10 cars globally, has research centers in Atsugi, Japan; Guyancourt, France; Farmington Hills, Michigan; and Sunnyvale, California. Renault-Nissan also has large engineering centers in India, Brazil, Romania, Turkey and China, among others.

Redzic joins Renault-Nissan after positions at Nokia, NAVTEQ, Motorola, and at wireless communication startup cyberPIXIE. He most recently served as senior vice president, Automotive at Nokia HERE, where he led the Automotive Business Group. Redzic, whose new role is effective immediately, will be based in Paris and oversee teams in France and Japan."