Plug-In Electric Car Sales Exceed 10,000 Units In China In May 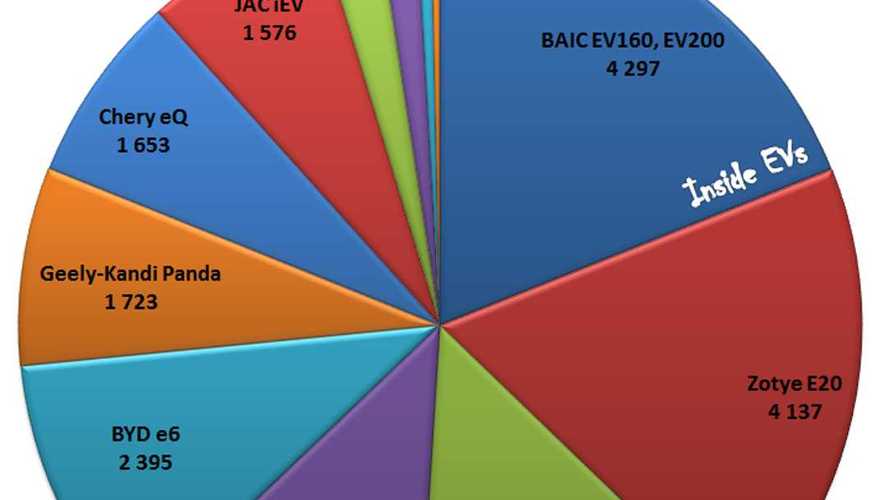 According to the China Passenger Car Association (CPCA) via ChinaAutoWeb, sales of plug-in electric cars surged in May by 192% year-over-year to 10,856! And that still only includes models manufactured in China.

Interesting are numbers on production:

"Meanwhile, data from the Ministry of Industry and Information Technology show that automakers in the country produced about 19,000 plug-in EVs (PEVs) in May, including 9,922 pure-electric passenger cars, 2,832 pure-electric buses and trucks, 4,923 hybrid passenger cars, and 1,431 hybrid commercial vehicles. In the first five months of 2015, PEV production increased nearly 300% on year to 53,600."

Based on provided data, we created a graph with sales of all models in the first five months of this year. Below you can find the all-electric models:

On the plug-in hybrid part of the spectrum there is only one Qin. And you know what? BYD again raised the bar delivering 3,518 units in May!