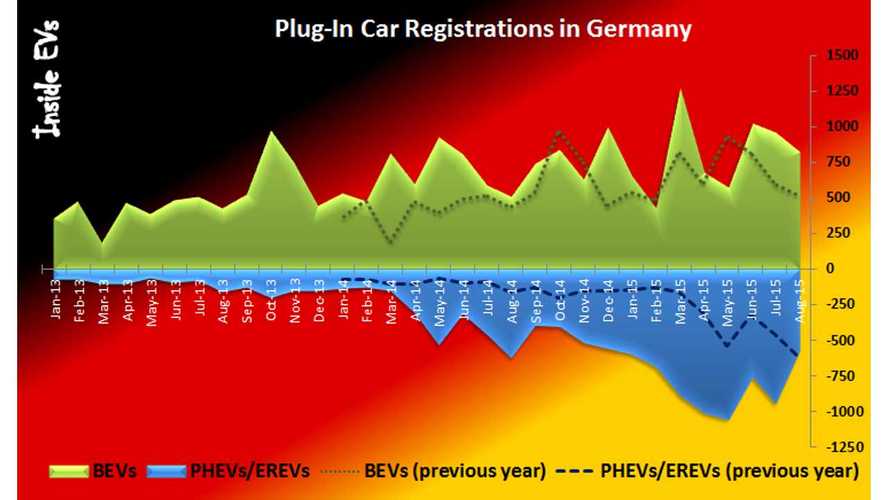 In August, overall plug-in electric car registrations increased in Germany by around 23% year-over-year to some 1,401.

It is surprising because after so many months of permanent growth from plug-in hybrids, last month their sales fell to 570 (from 620 a year ago), despite several new models being available from German manufacturers.

The cause of BEV surge over PHEV is Kia Soul EV, which for the third month in a row set its new own record for registrations - 360 in August.

Tesla Model S was third in August with 130 registrations!

With 4 months to go this year, there is still chance for Kia Soul EV and Tesla Model S get on the podium.