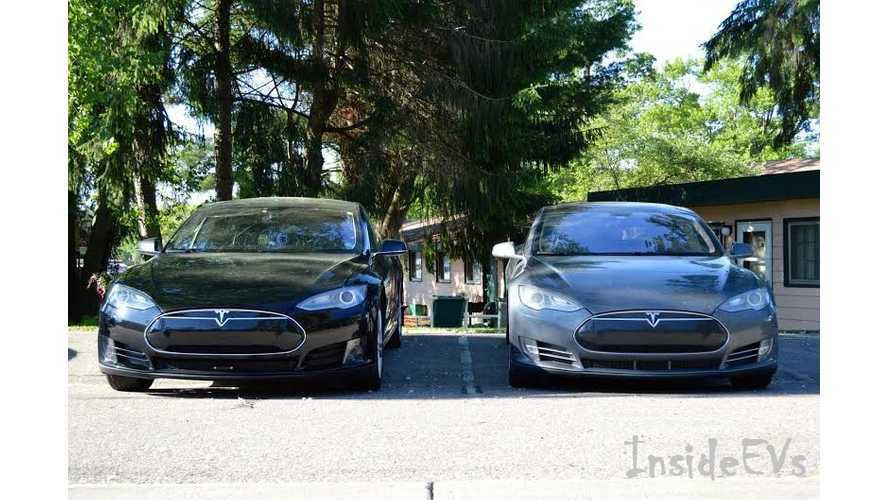 By: Mike Anthony
I just got done doing the third one of this type of video at another Tesla event, though a Model S owner hosted a Tesla party in Wisconsin Dells afterwards, & I made my way up there.

Similar to the last videos, I wanted to speak with Tesla Model S owners on camera.

This one in particular is different  from the others. Though there are only two people in the video above, both have a lot to add, as you can see by the long video length.

I knew for a fact that he had quite the story to tell, based on his 140+ Tesla videos, and a 60,000 odometer reading alone. Sure enough, I got his story, and an update from another Model S 85 owner who has over 70,000 miles on their Model S currently!

Higher miles on a Model S = more experience with the vehicle, especially in areas such as reliability / quality, charging, road tripping, & so on.

So, this now makes it my fourth time doing these types of videos (of speaking with Model S owners on camera). Take a look below to see the other three, if you'd like:

-Hear what Tesla Model S Owners Have To Say - Video