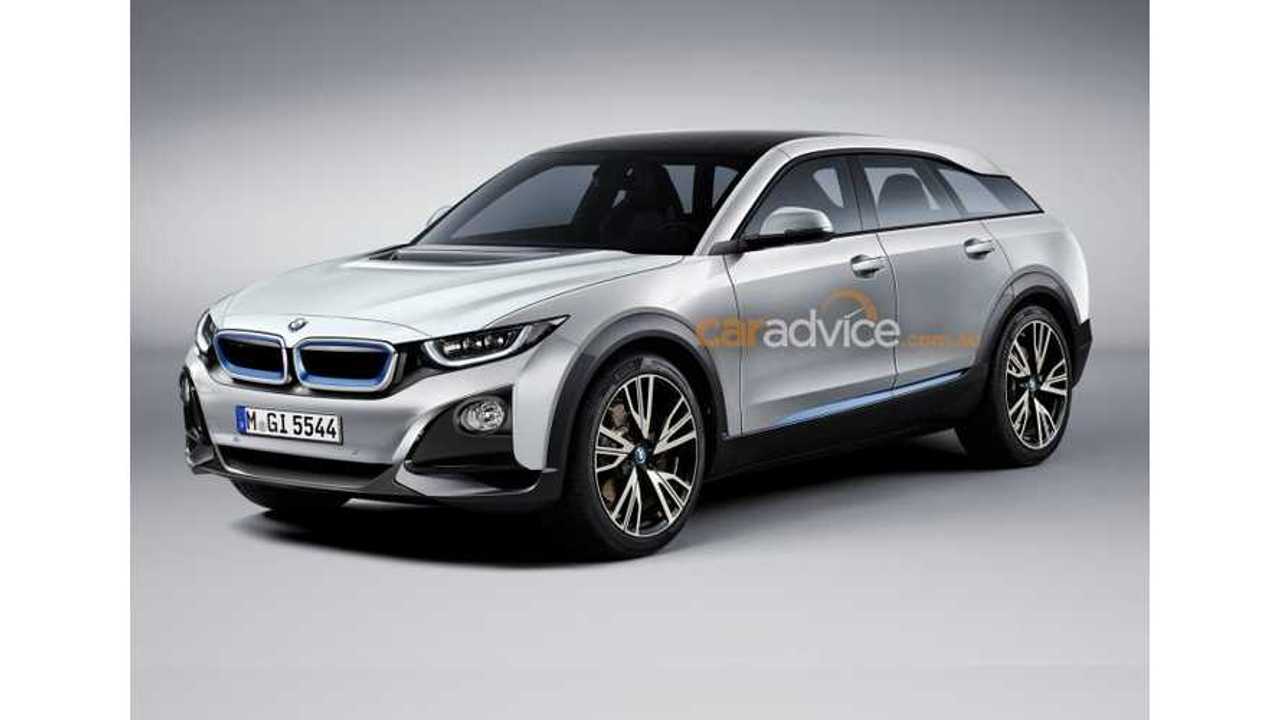 Via Car Advice, we see a rendered electric BMW SUV/CUV.

We're thinking that BMW's next i vehicle will be some sort of crossover, perhaps similar to this rendering.

It may be called the i5, but at this point in time BMW isn't willing to share specific details on the vehicle that it has confirmed it's working on.

The i5 rumormill has been churning for a long time now. We do expect to see perhaps a concept unveiled this year, but production will still be a few years off.