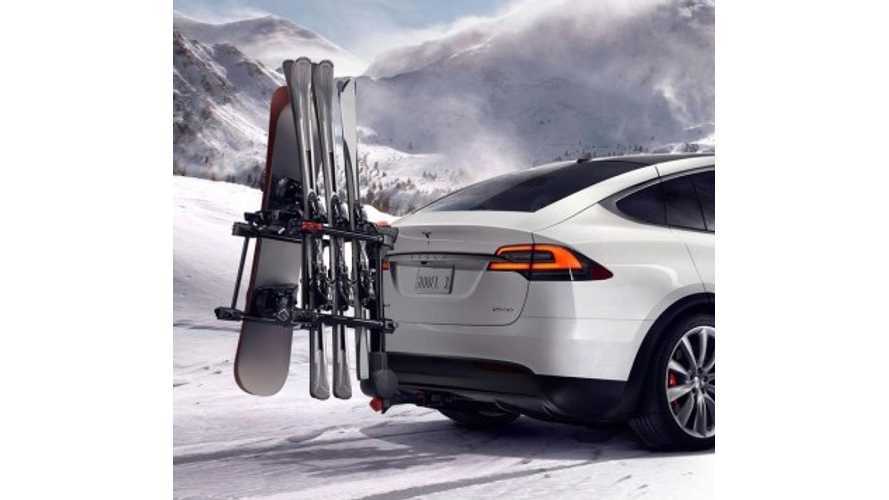 With its unusual falcon-wing doors, the Tesla Model X can't be fitted with your typical roof racks for carrying items such as skis, snowboards, kayaks or bikes.

Tesla looks to solve this cargo-carrying issue with the hitch rack shown here.  This particular rack is designed for skis and snowboards, but surely other racks will accommodate bikes (a kayak-carrying rack might be a bit too much to ask for though).

The uniqueness of the Model X has created some other cargo-hauling problems too.  Just the other day we posted images of the Model X's rear cargo hold and from those images it appears as though only the third row of seats fold (flat into the floor for the third row), while the second row of seats have no ability to fold down whatsoever (instead, they slide far forward, but still take up cargo space).

In trying to reinvent the wheel, has Tesla sacrificed the utility aspect of its first electric SUV/CUV?  We tend to think so, but the final verdict will be delivered as customers use the X in the real world.