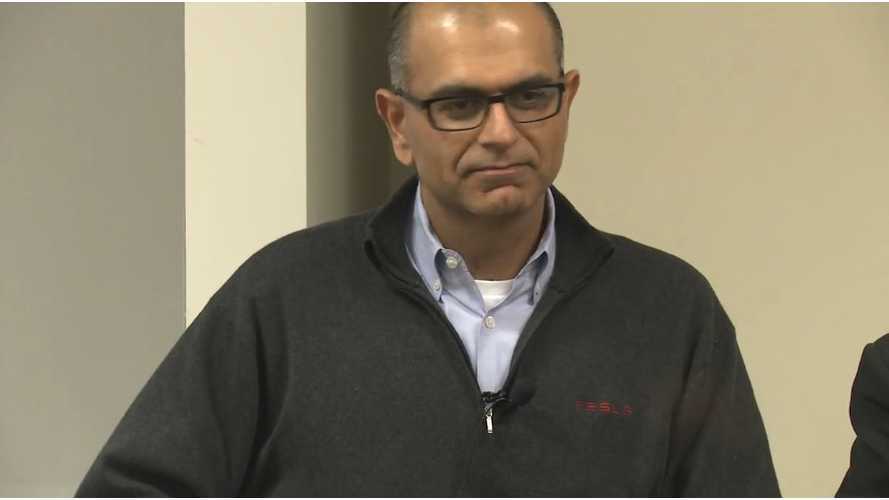 On Tuesday evening, Tesla CEO Elon Musk unexpectedly told shareholders at the company's annual meeting that Deepak Ahuja, Tesla's only Chief Financial Officer so far, would be retiring later this year after seven years in that role.

Before he leaves, Musk said that Mr. Ahuja will be assisting the company in finding his own replacement.

From a packed house at the Computer Museum in Mountain View, California, the former Ford executive said that he will "miss the energy" of working at Tesla and that it was a "difficult decision" to leave.

"My time at Tesla has been a nonstop adrenaline rush," Ahuja said in a statement to Reuters, "It is time for me to check a few things off my bucket list and pursue other life goals"

The CFO didn't say exactly what was left to do on his bucket list (hopefully it doesn't have anything to do with Apple).

Separately, the Tesla CEO said that the Model X is still on track for late Fall deliveries by re-stating first deliveries "in three to four months".

As for the vehicle itself, Mr. Musk noted that he is testing-driving the Model X now (as one would hope being within a couple months of release), and that the company is focused on the primary aspects of the vehicle and that they are functioning properly - such as the sliding rear seats, and the often talked about Falcon Wing doors.

Musk said he is pleased with its progress and that it will be the safest SUV around, "It's got to be a genuine improvement in utility and aesthetics."

Tesla also said that it will offer an early version of its Autopilot self-driving feature (on a limited/beta basis) that includes "auto-steering" for the Model S sedan by the end of June.  At some point it is expected that Model S owners will be able to autonomously summon their vehicles; at least while on private property and in parking garages.