The Electric Superbike: The End of the Beginning? 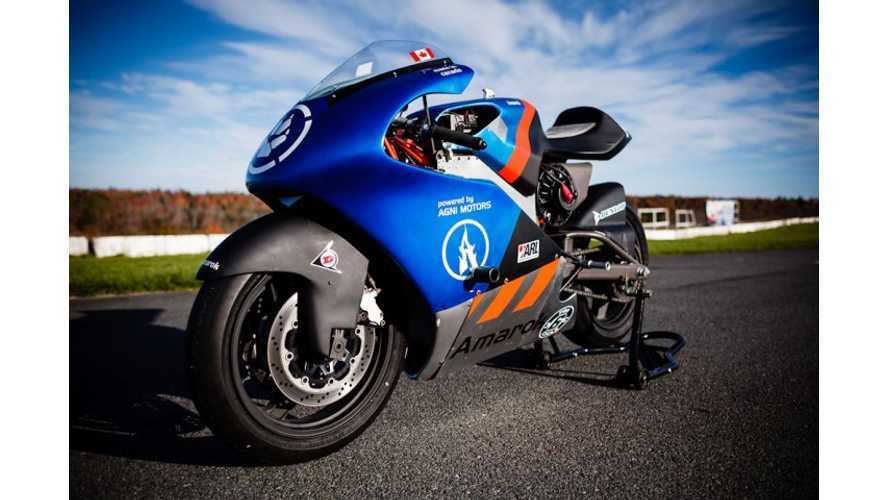 In a fairly strident story for Canada Motor Guide, Michael Uhlarik (of Amarok motorcycle fame) gives a pretty interesting and brutally frank picture of the electric motorcycle history since 2009 or so.  A quick browse through the comments will give you an idea of the response from the community, as well as the industry, that he's getting.

Uhlarik isn't shy about calling out the current state of affairs: "Brammo, absorbed into the Polaris Industries empire last year, joins Mission as just another corpse in the heap of motorcycle brands that died attempting to kickstart the electric revolution."  He's also quick to heap praise on one company who he feels has stuck to the knitting:

All of which leaves one company standing tall.  Zero Motorcycles from Scotts Valley, California. It not only survived through the hell of the great recession, passing the road legal certification process, recalls, outgrowing its founder, and overcoming the challenge of building a working factory, it came out the other end a stronger, scaled up and fully fledged motorcycle manufacturer. Zero, and Zero alone can claim to be an electric motorcycle company, one that is readily available via a solid dealer network, with after-sales care, and one presenting a bright future of robust growth.

More interestingly, he offers his own perspective on what went wrong:

It seems obvious that being a motorcycle company is about manufacturing motorcycles, but startup culture in 21st century America has been built around internet business, where physical products aren’t the core focus. The Silicon Valley template is to go from prototype to high volume delivery as fast as possible, to secure later venture funding. This, in the vernacular of venture capital, is called scaling, the end goal of which is either the sale of the fledgling company to a larger one, or to float stock on the market in an IPO (independent public offering).

It’s a formula that’s made tens of billions in the dot-com and app universe, but unfortunately translates very poorly into businesses that actually make things. Physical devices in the tech world, if required, are outsourced to contract manufacturers because they form only a tiny part of the consumer experience. But with motor vehicles, the physical product is the experience.

Uhlarik isn't a stranger to the motorcycle industry.

Originally from Sudbury, Ont. Michael is an industrial designer who specializes in creating style and function. After working with Piaggio, Yamaha, and Bombardier, Michael moved to Halifax last year with his wife Michelle, who is originally from New Brunswick.

Since 2010, Michael has been working to develop his prototype electric racing motorcycle, the Amarok P1. In 2007, he went to a motorcycle show in Milan, where he saw a modern electric scooter produced by a U.S. company. He wasn’t impressed with the design, but the idea of the electric motor intrigued him.

Is it the "End of the Beginning"?  Well, why do you think we're writing this book, now?  We have to agree, if not with the tone, certainly many of the observations and criticisms.

Finally, Uhlarik concludes: "The electric motorcycle revolution is coming, but it will be a slow-burn transformation instead of an explosive one.  Given the volatility of the motorcycle market, that is a good thing."