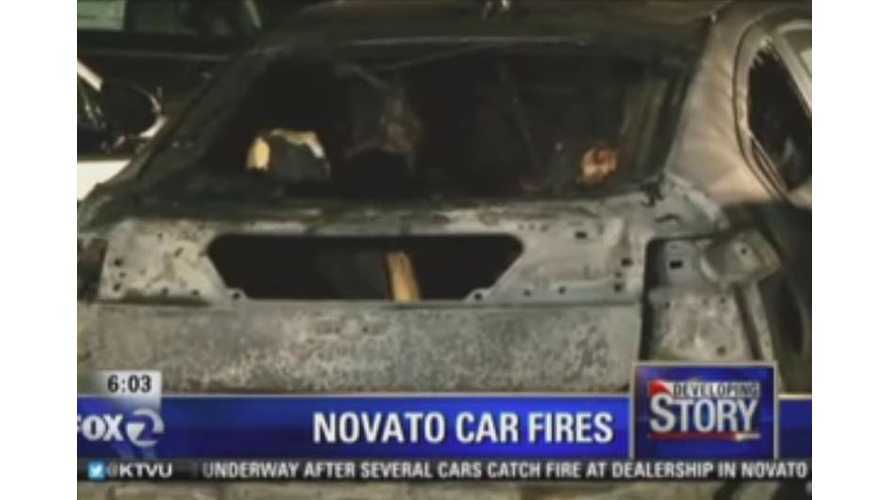 *UPDATE: Man arrested in connection with fire. Arson is the cause.

At a dealership in the city of Novato, California, four Chevrolet Volts burned last night, with two of the Volts being fully consumed by the fire.

Arson is suspected, but has not been confirmed to be cause at this time.

Check out the video for additional details.

As with the case of the Chevy Volt fire in Seattle, InsideEVs will be in contact with the local fire department in an attempt to obtain full details on the cause of the fire. However, the case status of the Seattle Volt fire, now 5 months in the past, still is open and cause still undetermined, so don't hold your breath while waiting for complete details.