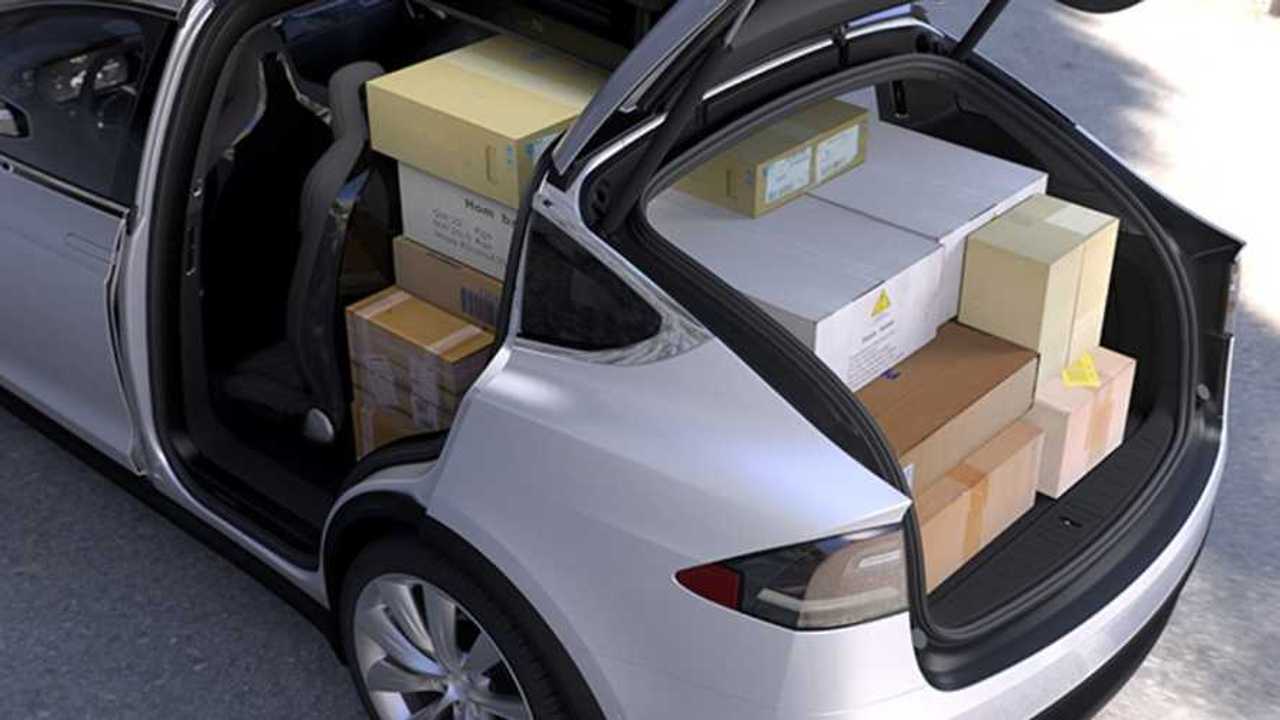 Tesla's design studio for the Model X has been updated (at least for those few currently able to configure their all-electric utility vehicle anyway).

And part of the new additional information made available is a couple pictures showing the cargo capacity/rear storage of the Model X.

I think we all had assumed that you could fit a bicycle back there (top photo), but now young adults working as IKEA delivery people can be confident dad's new toy will also work for them in a pinch.

Additionally, Tesla has also revised its EPA estimate for the P90D edition of the Model X.  Initial graphics showed a 240 miles range, but that number has now been bumped to 250 miles - or about 20 miles less than what is estimated for the Model S P90D.

What immediately strikes us is the 2nd row seats. Tesla shows them compacted extremely into to the lines of the front seats.

We assume this was to give more vertical height allowance for cargo in the picture?  However, this essentially turns the Model X into a two seater when hauling the displayed load.

Tesla says of the new set-up:

"With its distinctive falcon wing doors and seven-seat configuration, Model X is designed to be even more practical than a typical SUV in every way."

With respect to Tesla, removable and fold-down seats probably would have been a better idea than trying to reinvent the wheel in this case.  Traditional automakers have been toying with how to maximize cargo areas for a very long, so this probably isn't going to be a better option in real life.

That being said, perhaps there will be another/plainer seat configuration offered for those who want them outside the early Signature Series options being shown today (earlier concept photos did show all seats folding down).

Alternatively, there may have been initial safety concerns with such a setup in conjunction with the Falcon Wing doors in early testing, and Tesla just needs a little more time.  To that point, we have heard zero reports from anyone in the know that a 2nd option is currently in production, but that certainly doesn't mean it isn't in the works.

Bonus (update):  The Tesla Motors Club has a lively (and lengthy) discussion thread on the subject as one might expect, check it out here if interested.

InsideEVs reader (Scott F) made this graphic illustration (below) of interior dimension estimates for the Tesla Model X.  Our thanks to Scott!